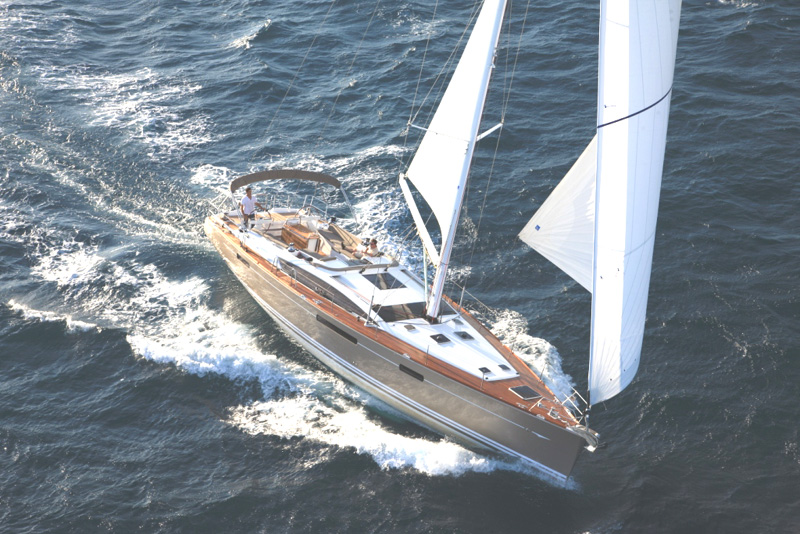 Just published is the following book written by PBS client Dave Elliott which we thought you might enjoy and is based around a Jeanneau 57. Here Dave gives an outline of the story.

“Three couples are on an idyllic sailing holiday, cruising aboard the British registered, ultra-modern 57 foot cruising yacht L’Etoile from the Bahamas to the West Indies. In the early hours of the morning they sail into a strange tropical storm. In the storm all electronic devices and communication are lost, including their GPS. A new day dawns and they find themselves attacked by what appears to be an exact reproduction of a two hundred year old French frigate. Unknown to them they have become time sailors, as the storm has transported the yacht and her crew back in time.

By using their engine they manage to evade and in the process stun the entire crew the French frigate. Seeing the yacht with a large English ensign flying from her stern sail at high speed directly into the wind; the French captain believes he has witnessed a new secret English weapon and he wants to capture it for France and the Emperor.

Meanwhile young English commander Charles Buchanan of his Majesty’s sloop Cobra eagerly wishes to establish himself on the same plane as his dead father, a famous fighting captain and one of the heroes of the battle Trafalgar. When he becomes aware of the French frigate, he is determined to take, sink or burn the heavier, more powerful French ship.

On board L’Etoile they begin to realize that they have sailed back exactly 200 years in time, headlong into the Napoleonic war. The crew and their yacht become unwittingly involved in a complex and desperate game of cat and mouse as the French and English navies struggle to capture and hold on to both the yacht and its crew. Emotions are on a roller coaster ride as the crew come to question their very existence and position in space and time.”