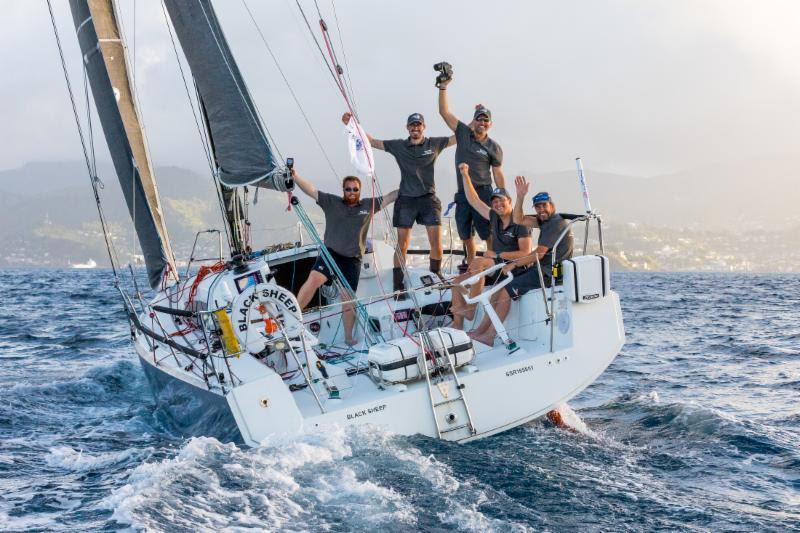 The incredible success of Sun Fast yachts in the 2019 RORC Championship in the UK is a testament to the versatility of these modern racing yachts.

This years 75th Rolex Sydney-Hobart will see close racing between three Sun Fast 3600’s, two of whom raced each other in the Melbourne-Osaka last year in which they came 3rd and 5th overall.

From Victoria is Rod Smallman and his son Tyson with “Maverick”, one of those Osaka boats which will also have on board Paul Schulz who raced a SF3200 in that same race. They know how to get the best out of this boat and the boat is superbly prepared.

From Queensland is Mark Hipgrave with “Mister Lucky”. To say that Mark knows this boat well is a gross understatement! He’s done the solo Fastnet, the OSTAR single-handed trans-Atlantic (in which he came 2nd overall), and the Osaka! However, with him he will have from the UK the 2-handed team that came 2nd overall in the RORC series above of Deb Fish and Rob Craigie, as well as the Western Australian team of Todd Giraudo and Dubbo White who campaigned a SF3600 extensively including a 2nd overall in the Osaka, and have just taken delivery of a new SF3300 which they expect to race in next years’ Hobart 2-handed. Expect this team to be taking this seriously!

Finally “Crush” is a Western Australian SF3600 owned by David Davenport with a team doing their first Hobart, but with lots of offshore experience in WA, including a 2nd overall this year in the Fremantle to Albany Race.

We wish them well and look forward to following their progress.

Note: Both “Maverick” and “Mister Lucky” are for sale and available post the Hobart, so if you would like some further details please contact PBS on (02)9979 9755, or email info@performanceboating.com.au