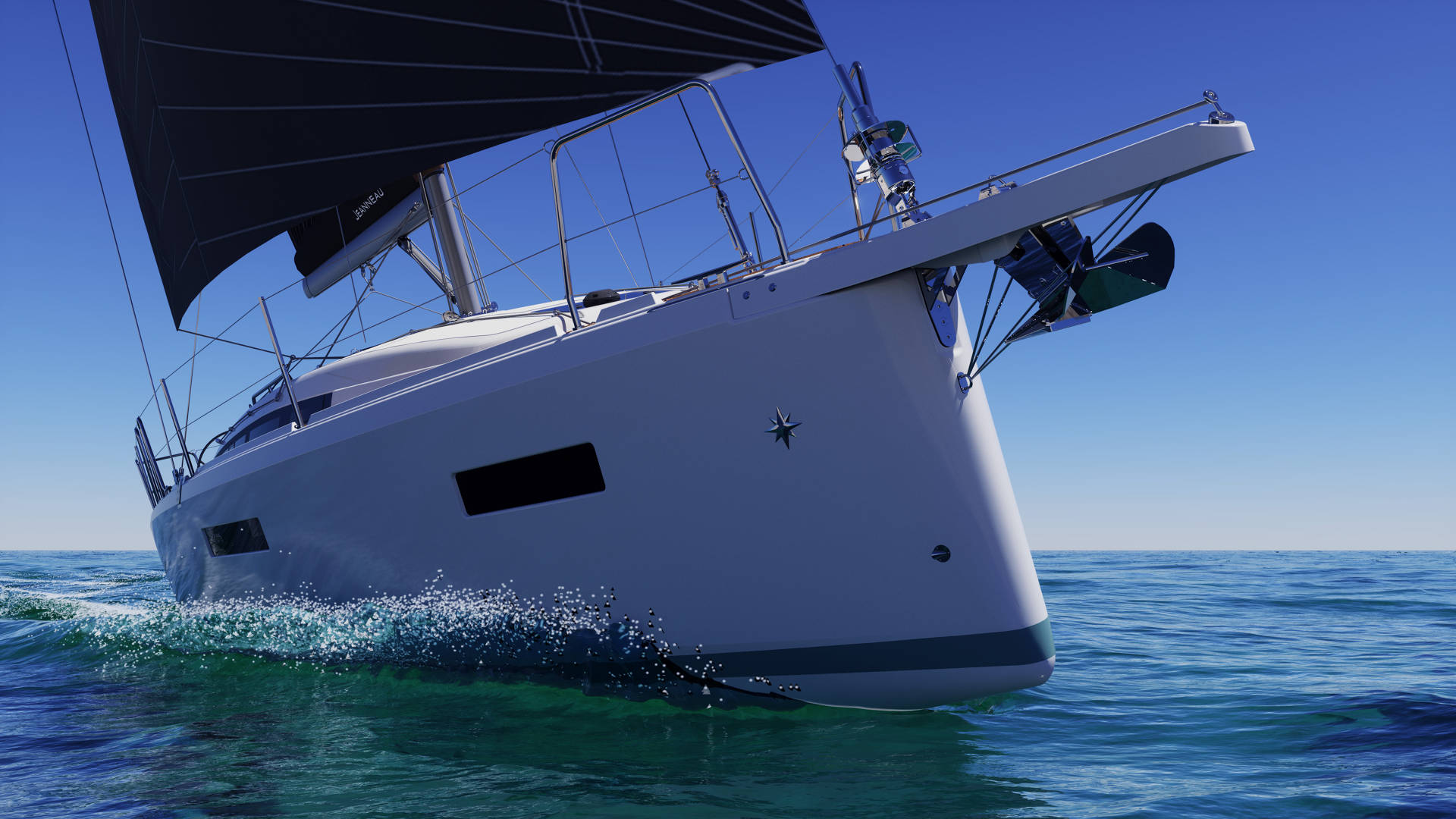 Just announced is the new Lombard designed Sun Odyssey 380 to replace the long running 379/389. Lombard has previously designed such highly successful models as the 349, 36i, and 42DS and we regard him very highly. The new 380 is more a larger 349 than a scaled down 410 with the same type of rig plans as the 349, and a conventional interior layout with L-shaped galley, though the broader bowed hull form has allowed for a generous forward cabin and second head option. It similarly will have a no-compromise shoal draft version, and swing-keel version.

It does however incorporate the sloping side-deck, which for those who have experienced it is a game changer. It really does make movement from cockpit to deck so secure and easy. They have also incorporated the angled boom to keep the boom low forward making it much easier to stow a conventional mainsail. With no backstay there is the option to boost performance with a square-top mainsail as on the 349, so expect this design to be popular for twilight racing and have the astonishing balance and stability of all of the current Sun Odyssey range.

The new Sun Odyssey 380 is already attracting considerable interest in Australia, but we’ve been advised that pricing and availability won’t be released until the Cannes Show in September. However, if you register your interest now we will forward more specific details as soon as they come to-hand. Email info@performanceboating.com.au