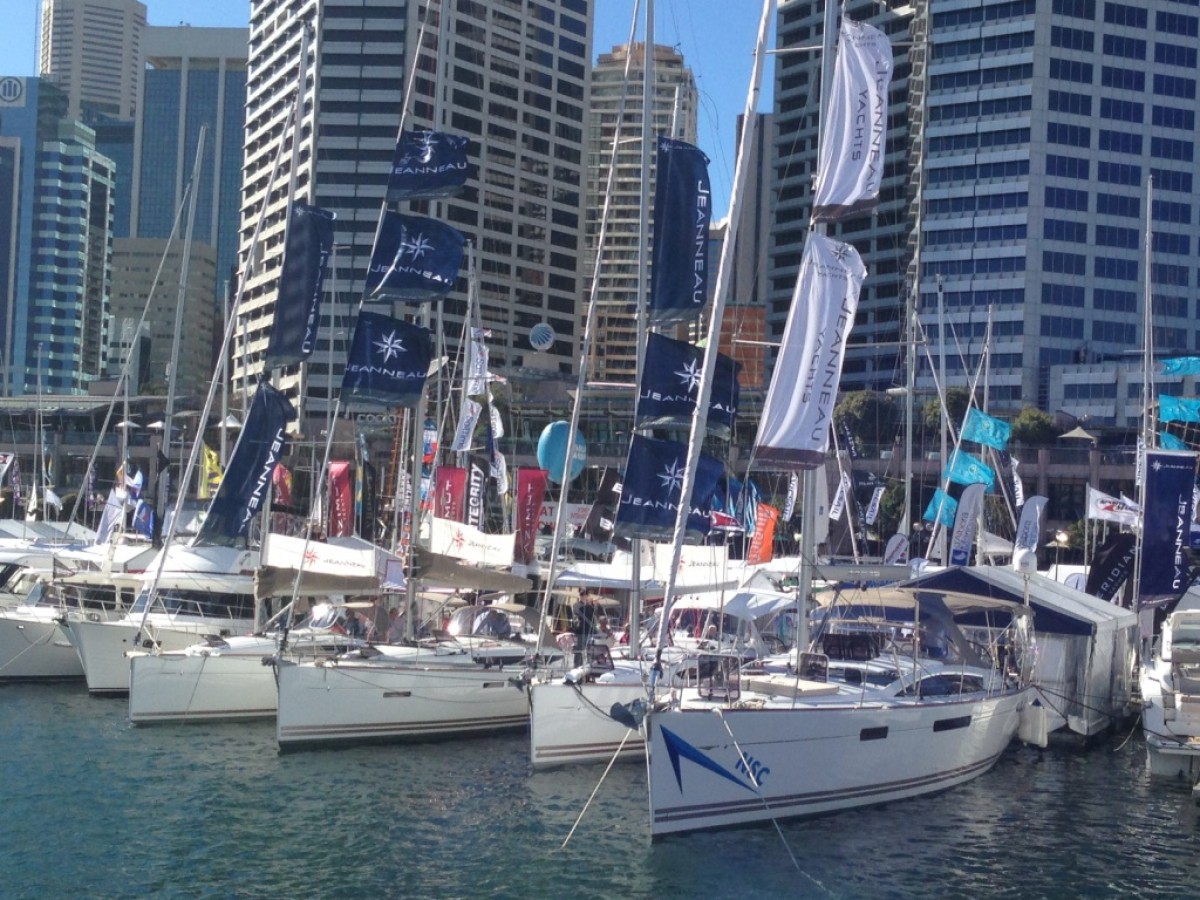 The official launch of two new Jeanneau models at the Sydney International Boat Show by Jeanneau development manager Erik Stromberg was a highlight, particularly with two such sensational new designs. We really appreciate Erik taking time out from his busy schedule to support us here. The Sun Odyssey 349 was a star of the show and deservedly so. Jeanneau could have taken a conservative approach and simply developed a smaller version of the very successful and award winning SO379, but instead decided to lift the bar even higher, with some innovative thinking and an astonishingly competitive price-point. It’s no surprise that it has just been short-listed for European Yacht of the Year, as has the other new design on display the striking Sun Fast 3600. This is a racing yacht of the times with a useable but functional interior, but is very much a racing yacht designed to be highly competitive fully crewed under the IRC rule, but also more than capable as a short-handed racer. The one thing it does share with the SO349 is remarkable stiffness, in fact they both exceed their competitors in this regard by some margin. And that’s a good thing for sailing here in NSW, as stiffness combined with an ultra-modern chined hull and twin rudders, which both have, means effortless control across a wide wind range, particularly in the gusty conditions that we so often sail in.

The other designs on show were the Sun Odyssey 409 which has proved to be equally popular as a club cruiser/racer as it is for leisurely family cruising and weekends away (“Galan” won the summer point-score at MHYC this last summer), also the 41 Deck-Saloon which was on the show with the new 2014 ‘fine teak’ interior, and the magnificent Jeanneau 57. The Deck-Saloons have hit a cord with Sydney buyers with over 40 examples around, as they combine unmatched owners comfort with great cockpit’s, plus ease of handling along with surprising sailing ability.

The Jeanneau 57 is the most successful production design of its size of all time with nearly 150 already built and orders still strong. Apart from how well it looks on the water, the key element of its success is the incredible cockpit which lends itself to entertaining family and friends, yet in a substantial yacht that is easily handled by a couple. Multiple layouts and options mean each yacht becomes tailored to suit its owners.

Don’t miss out on the genuine boat show offer pricing across all of the Jeanneau models, which is only effective for orders confirmed with a deposit to Jeanneau before 31st of August 2014. This along with stronger than predicted exchange rates means there has never been a better time to secure your dream yacht right now. Contact PBS on (02)9979 9755 or info@performanceboating.com.au for further details.