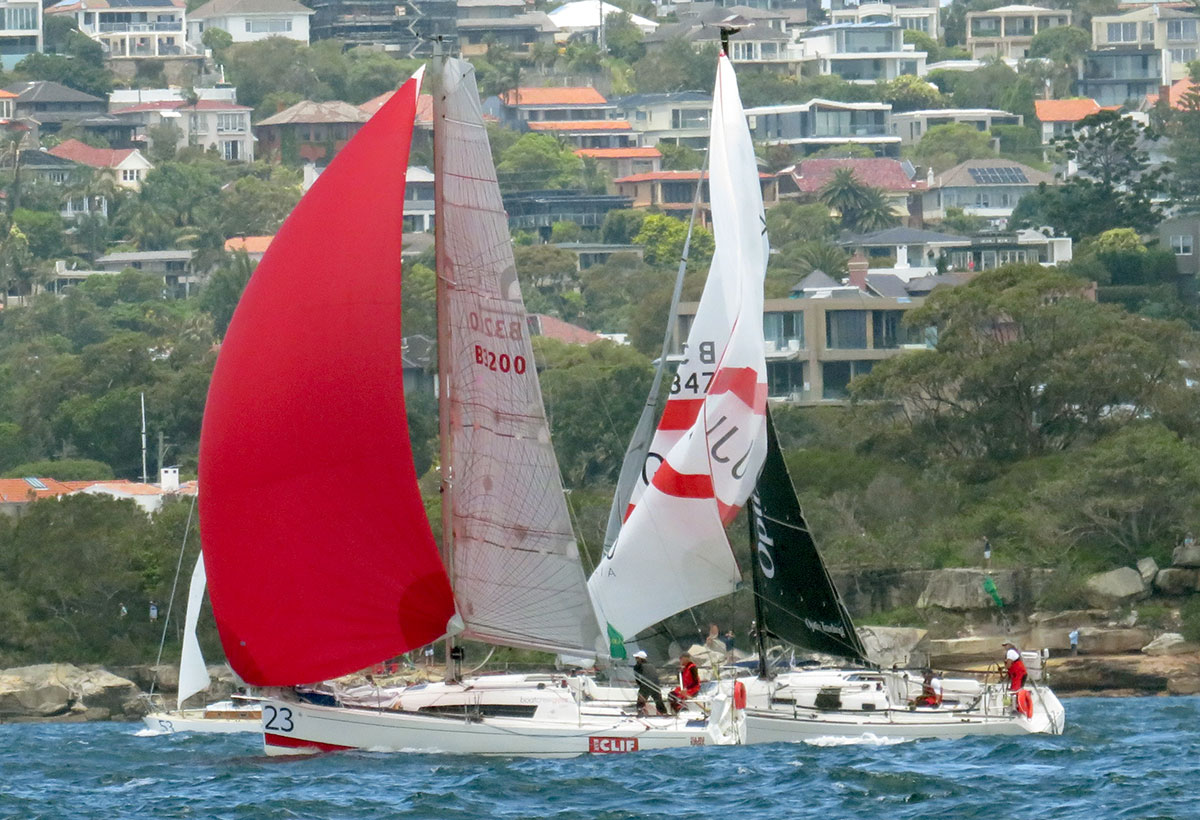 PBS were out for the race start and it was a fascinating start to the Hobart for the two-handed division.

The Jeanneau Sun Fast 3300 Hip Nautic made a sensational start under headsail, and then set a Code Zero to lead the small boats, closely followed by the J99 Disco Trooper, Sydney 36 Salt Shaker and then the larger Joker on Tourer.

Coming from behind were the two Class 40’s Sidewinder and Eora, with the 46-footer cruiser-racer Kayimai to leeward of them. Eora set a large assy, while Sidewinder set a Code 0. It didn’t take long for Eora to sail through underneath and then it absolutely took off!

Both J99’s struggled in the gusts under their assy’s, but kept it together and stayed lower than Hip Nautic and regained some of what they had lost when over-powered, while the Sydney 36’s were solid.

The Sun Fast 3200 Hell’s Bell’s and Sun Fast 3600 Maverick both started a little late bare-headed and then set assy’s and came back through several boats in their class to round the South Head mark in contention and settle down for the long beat south.

As best as I could tell the leading order out of the heads was Eora, Sidewinder, Kayimai, Joker on Tourer, Hip Nautic, Disco Trooper, Salt Shaker, Local Hero, Maverick, Hell’s Bells, and Rum Rebellion.

Over the first few hours the class 40 Eora is very impressive pointing high and fast, but is by far the highest handicap, so they will need to be on their game.

Within the 32 to 36 footers, that form almost all of the division, you would have to say that Salt Shaker, Disco Trooper and Hip Nautic looked impressive, so my prediction is that these three will feature at the pointy end.