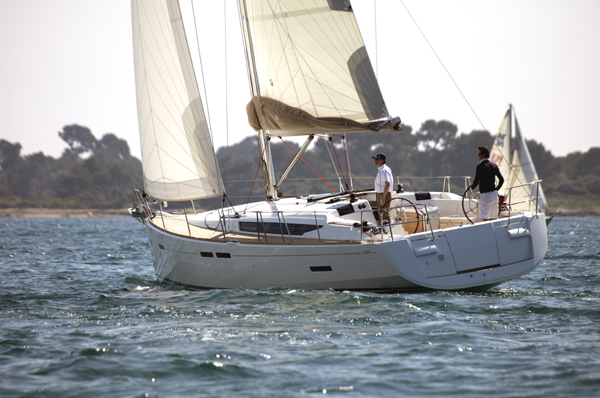 Long time Jeanneau owner John Stuckey recently took delivery of his Sun Odyssey 439 and while holidaying on the harbour decided that it might be fun to enter the Yacht Squadron twilight race. Much to his delight they won division 1! Although purchased as a ‘cruising’ yacht, like many Jeanneau owners in Sydney the temptation to take part in a twilight or corporate day is just too much and this is where the current Jeanneau range comes into its own. Despite having all of the creature comforts you can take a standard cruising version and sail at a very respectable level in any of the club twilights, such is the versatility of the sail plan on the current generation of designs.