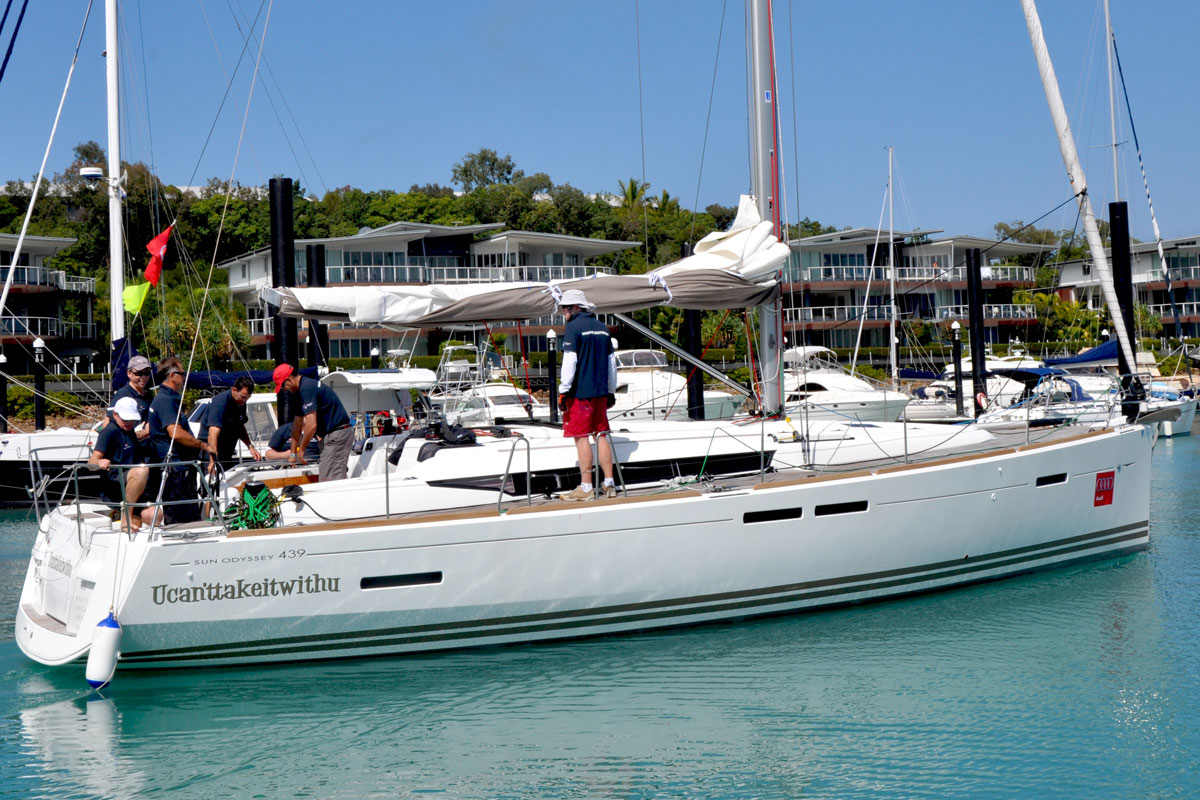 Ucan’ttakeitwithu is a new Jeanneau Sun Odyssey 439 owned by Sydney sailor John Stuckey. Buying the yacht primarily for family cruising, John has been wildly impressed by her racing performance.

“This is by far the quickest Jeanneau I have owned.” he commented when we caught up with him on the dock at Hamilton Island Race Week. “I’ve been blown away by her performance, she goes like a train!”

Ucan’ttakeitwithu finished the week with 2nd overall on handicap however it was her on water speed that impressed. With three firsts across the line and two seconds, she ended the week with the highest handicap in the division – .860.

John made the trip up to Hamilton Island to race with a crew who had not yet sailed together. “Our first race was not flash as we had not sailed together before. In race two we broke a locally supplied spinnaker pole, but after that we never looked back.”

John went on to say “The crews from the other boats were amazed at our speed and pointing ability uphill. That’s what kept us in the chase. To be fastest boat in fleet was amazing. We were competing with teams with Kevlar racing sails and some super-sized kites, our largest working sails were the ones we ordered from the factory. The whole week was brilliant and a tribute to the crew and the Jeanneau design team.”

Ucan’ttakeitwithu was sold and is serviced by Performance Boating Sales. For more details on the Jeanneau Sun Odyssey 439 contact PBS on (02) 9979 9755 or info@performanceboating.com.au.