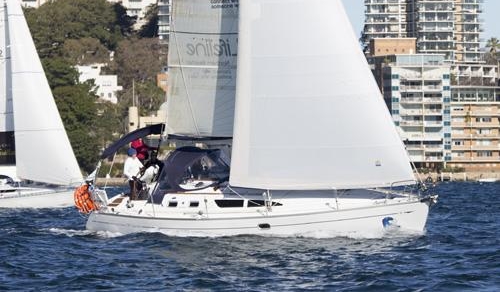 ‘There was some tight racing out there today – we had a tacking duel with Stormy Petrel as we made our way to the finish line, and we were hunted by Gusto all afternoon but managed to hold them off,’ Peter Lewis said.

‘Wilson (the crew mascot) is very chuffed at winning the series – so chuffed he bounced straight off the boat when he heard we’d won the series! It’s been a great series – full of fun and we’ve had some great conditions.

As always, the LuLu Belle crew were well fed with lamb roast today’s speciality followed by champagne on the dock to celebrate the win ‘The only tragedy we had today was when we lost some of the mint sauce when we tacked suddenly,’ Lewis added with a laugh.