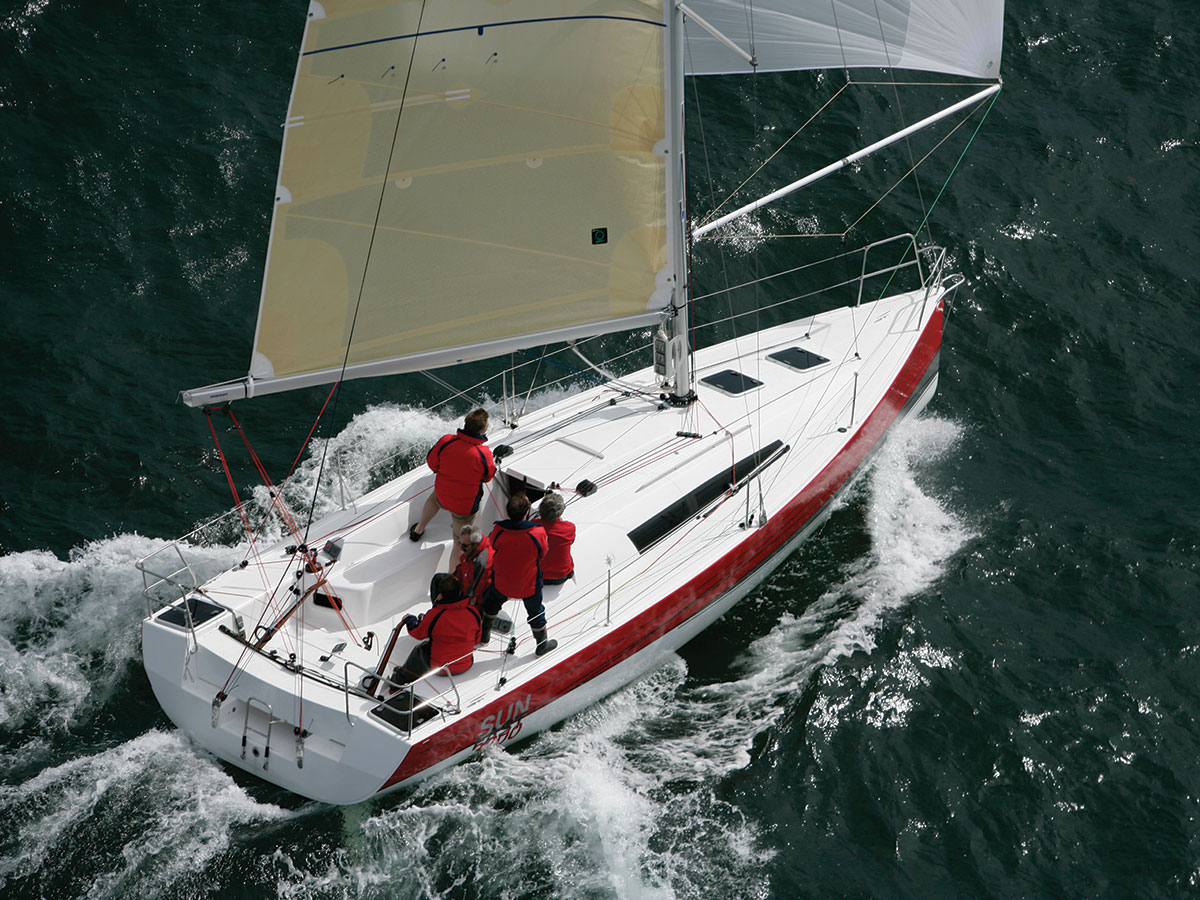 Translated from the French press release…

“Good customs and traditions must live on” says an old adage. To honour it, the editors from nautical media and the UNCL office (the French IRC rating authority) met in a Parisian brasserie to elect the IRC Boat of the Year.

The new models launched in 2014 have not yet accumulated enough results to really stand out and convince the jury, so decision was taken to enlarge the original panel and add to the short list a few older designs that did particularly well over the 2014 racing season.

After two hours of debates and a few phone calls to journalists who could not be physically present, the Jeanneau Sun Fast 3200 appeared to be the boat to best deserve the title, given its commercial success and its performance in this year’s regattas.

The Sun Fast 3200, a design by Daniel Andrieu produced by Jeanneau shipyards, has indeed been performing very well in crewed inshore regattas, but also in single and double handed offshore races. Among its 2014 successes, the jury has noted the places obtained at the IRC3 UNCL championships: on the Atlantic coast (1st, 2nd, 3rd in crew, and several podiums at offshore and inshore trophies), in the Med in crew (3rd in IRC3 and 1st at offshore trophy) and at the Mediterranean double-handed championship (2nd, 4th and 5th).

On top of these performances accumulated over the season, there are also the excellent results from the first leg of the Transquadra: 1st, 2nd and 3rd in single handed from Saint-Nazaire, and the top four positions in double handed from Barcelona.

These various achievements illustrate the versatility of Sun Fast 3200 that the jury has also praised for its elegance. They also underlined that the pretty basic interior of the boat meant its program was mainly focused on racing, however family cruising was also possible, all in a good value package.