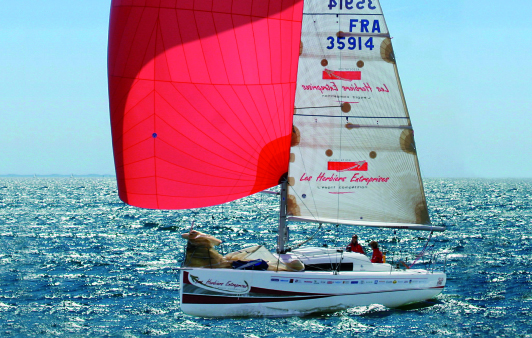 A past ‘European Yacht of the Year’ the Sun Fast 3200 continues to shine and has just been awarded French IRC yacht of the Year. This award is made by a combination of editors from the marine media and the UNCL office (the French IRC rating authority). New models launched in 2014 have not accumulated enough results to convince the jury, so a decision was taken to add to the short list with some previous designs that had done well during the 2014 racing season.

After two hours of debates and a few phone calls to journalists who could not be physically present, the Sun Fast 3200 appeared to be the boat to best deserve the title, given its commercial success and its performance in this year’s regattas.

The Sun Fast 3200 designed by Daniel Andrieu and built by Jeanneau had an excellent season with top results in both fully-crewed and short-handed racing. Among its 2014 successes, the jury has noted the places obtained at the IRC3 UNCL championships: on the Atlantic coast (1st, 2nd, 3rd in crew, and several podiums at offshore and inshore trophies), in the Med in crew (3rd in IRC3 and 1st at offshore trophy) and at the Mediterranean double-handed championship (2nd, 4th and 5th).

On top of these performances accumulated over the season, there are also the excellent results from the first leg of the Transquadra: 1st, 2nd and 3rd in single handed from Saint-Nazaire, and the top four positions in double handed from Barcelona.

These results illustrate just how versatile the Sun Fast 3200 is, with accommodation comfortable enough for overnight stays, highly competitive either crewed or short-handed and just simply a lot of fun to sail. Contact PBS for full details of this remarkable ‘big’ little yacht. 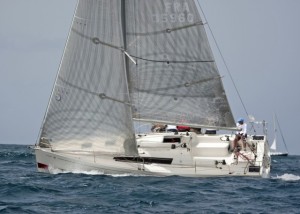 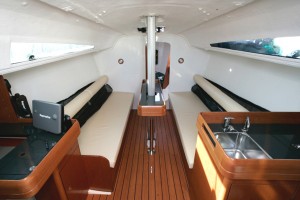 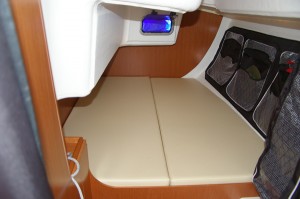