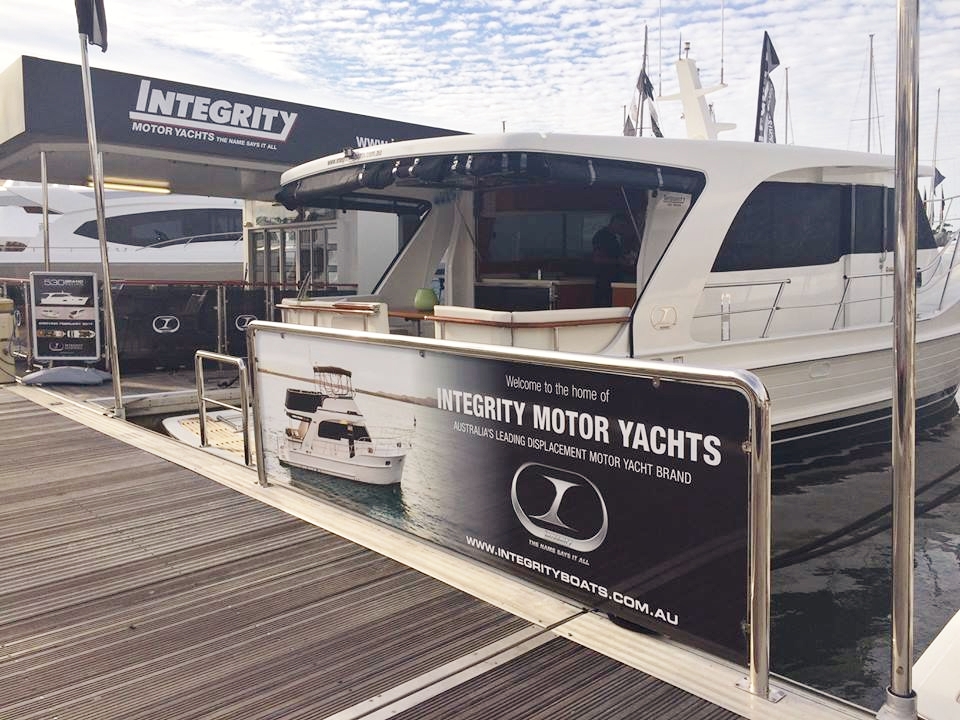 PBS attended both the Jeanneau yacht stand and the Integrity Motor Yacht stand at the Sanctuary Cove Show which ran from the 19th to the 22nd of May.

The Sun Odyssey 349 made its debut in Queensland with a brand new hydraulic swing-keel version on display which got a lot of attention. Having full offshore stability, remarkable performance and the standard layout in a yacht that draws only 1.26m and can dry out with the help of beaching legs is an attractive option for all those shoal areas and certainly opens up a whole area of the coast that would otherwise be limited. The SO349 has hit a cord with both Australian buyers, and the rest of the World, with over 20 sold here and 400 Worldwide. 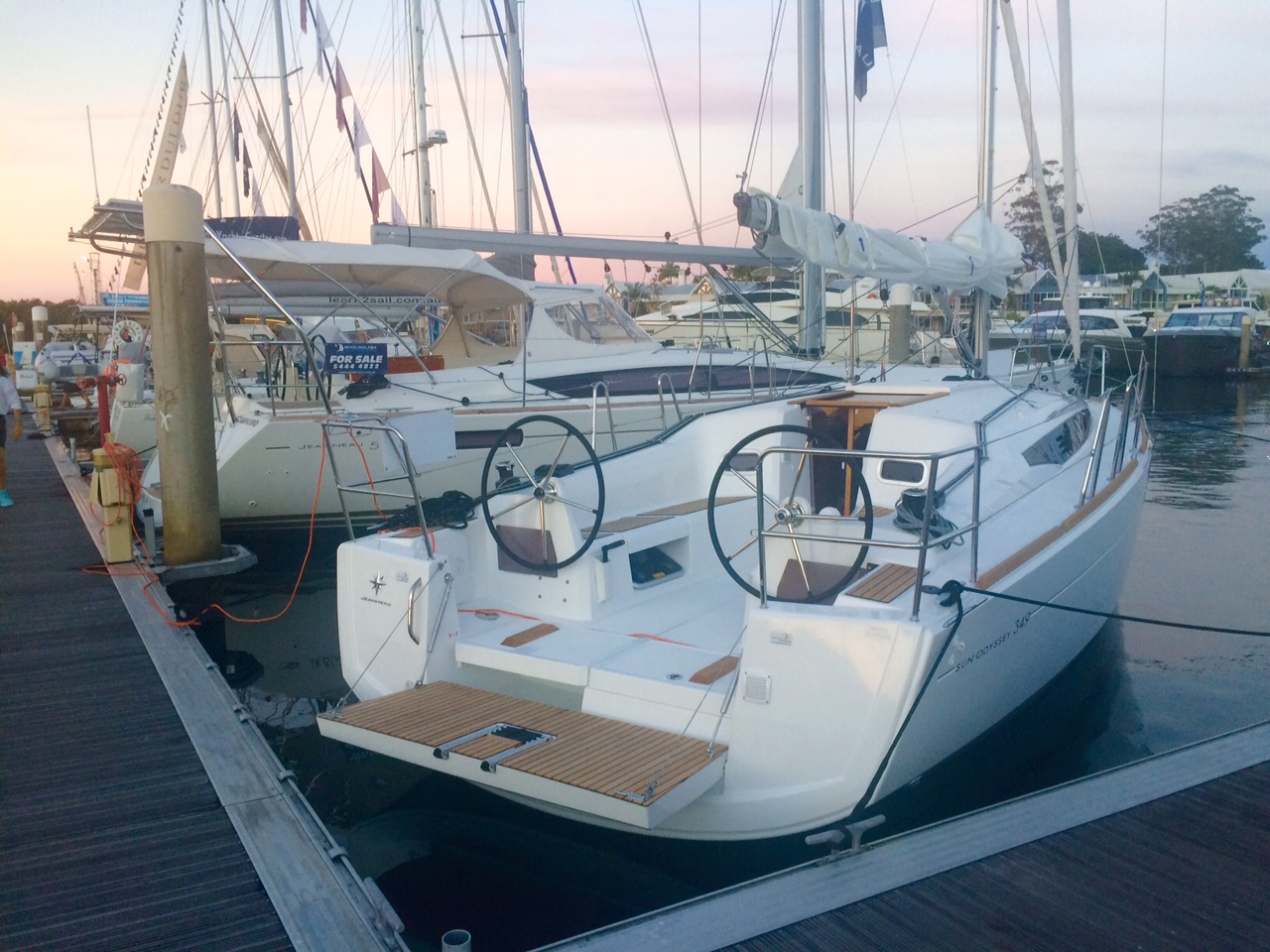 There was also an onshore display of the Jeanneau Merry Fisher 695 and 795, and Cap Camarat 5.5 CC. 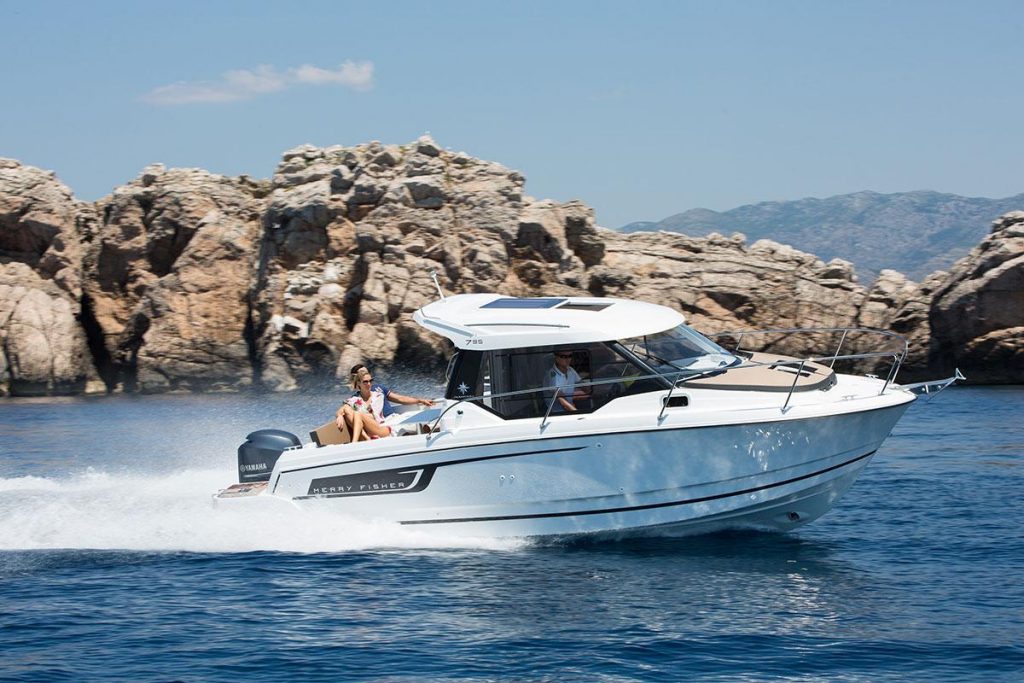 On the Integrity Motor Yacht stand, attended by our Adam Workman, there were the 340, 380 and 440 Sedans and an announcement and provisional details on the new flagship 530 Grand Sedan which is due early in 2017 and follows the success of the 490 Grand Sedan of which five have already been delivered. The 530 Grand Sedan will be the first vessel in class with a full width centre master cabin and a pilot house arrangement that’s in keeping with the beautiful lines of the Grand Sedan range. This could be the boat that wins European Boat of the Year in 2017 (the 490 Grand Sedan was a finalists in 2016).

Other changes announced for the 2017 model year on the 380 Sedan and 440 Sedan are wide helm seating for two and layout changes to improve these popular models even further.

With semi-displacement speeds now available on most models and a level of customization not available from competitors, the Integrity range offer a unique combination of ease of handling, low maintenance, tailoring to owner’s requirements and exceptional value-for-money.

As always the display was well attended with many of the visitors coming from interstate, overseas, as well as Queensland locals. Being able to inspect first-hand the models that they have read about and researched, confirms the high level of build quality, the ease of use and the incredible value that Integrity offer. This was confirmed with a deposit taken on the 340 Sedan on the first day, and a high number of clients wanting to arrange further tests and quotes.

One area of the Integrity range that was commented on frequently was the ability to offer customisation based upon customers personal requirements, as will be shown at this year’s Sydney Boat Show in July where the latest 440 Sedan and the new 490 Grand Sedan will be on display, both being customised to the specific requirements of the owners. Click this link for further details on the range. 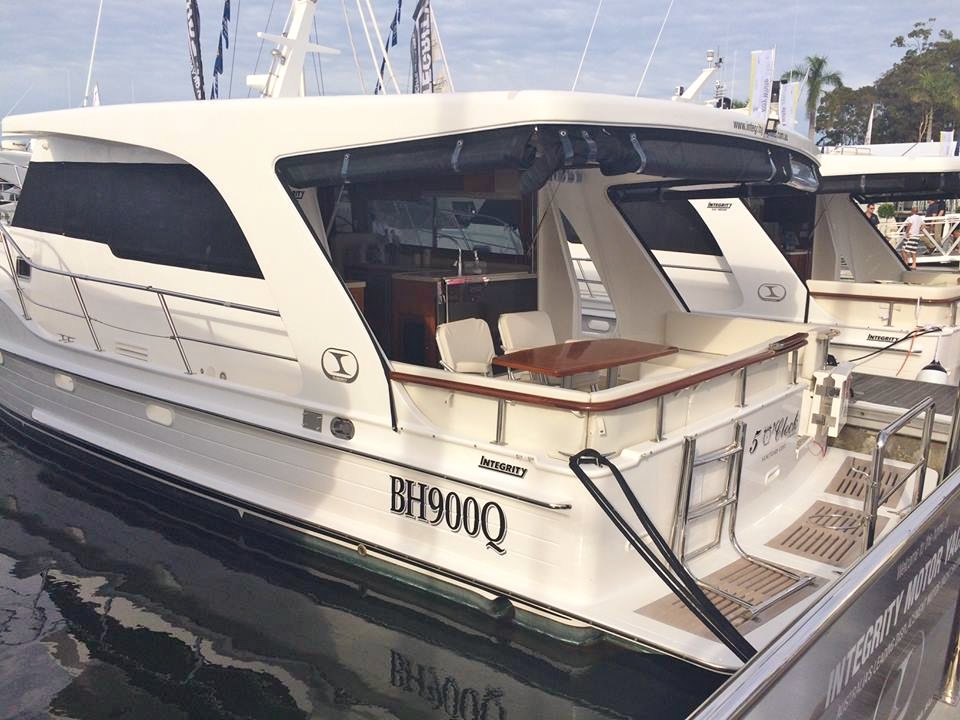