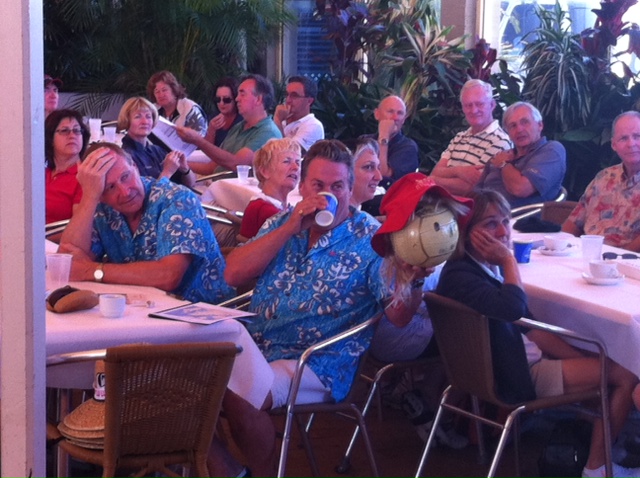 Over 40 Jeanneau yachts enjoyed the stunning conditions onSydney’s Pittwater over the weekend as they gathered for the annual NSW Jeanneau Rendezvous.

The largest in the fleet, the stunning Jeanneau 57, revelled in the conditions as yachts of all sizes, including a brand new Sun Odyssey 33i, made their way up Pittwater and aroundLionIsland. The fleet had a choice of racing or cruising but all ended up inRefugeBaywhere the local dealer, Performance Boating, had set up a beach party.

Conditions for the Saturday kept the crews on their toes as the tide poured out of theHawkesburyRiver. Various pieces of flotsam were dodged as the race fleet made choices of the east or west side of Pittwater before sailing a wide loop to take the increasingly North Easterly breeze down past Lion Island.

A fleet of Jeanneaus had come up fromSydneyHarbourand were enjoying the Pittwater way of life. With no ferries or jet boats to dodge, they relaxed just that little too much and the local boats dominated in the racing divisions.

All of the first five places in the blue division were taken by local boats. Greg Myles and his crew on the Sun Odyssey 39i Savarna held out for a first place over Robert McClelland’s  Jeanneau 57 Picasso. Peter Byford’s Sun Odyssey 42i Joie de Vie had to be happy with third instead of the first they enjoyed last year.

The all new Sun Odyssey 439 Jazz had a relaxed two handed trip. Rob had come up from Cronulla for his first rendezvous and whilst he had two people on board, he was making it all seem easy as his other crew member had a sense of priorities and indulged in sun baking.

Jeanneaus are popular down Cronulla way with a new Sun Fast 3200 heading there now in the hands of a new owner. Unfortunately they could not make it to the rendezvous, but Brett Parr and his crew did. Parr brought his Sun Odyssey 37 Caroline up for the weekend and knocked the locals off their perch by taking first in the red division.

Second was Paul Westcott on his Sun Odyssey 42 Deck Saloon Guinevere. Guinevere has just recently completed a circumnavigation ofAustralia so the rendezvous for them was quite relaxing.

Third in the red division was another of the 42 Deck Saloon models, Michael Munros/Maurice Brunnings Runaway. One of the most popular models inAustralia, the 42 has now ceased production but 2012 greets a stunning new deck saloon, the 44. The first example inAustralia arrived just in time for the weekend and was a stand out in the fleet.

The annual NSW Jeanneau Rendezvous is a highlight of the calendar and is one of the largest of its kind in the Southern Hemisphere. Previous guests have included the directors of the parent company inFranceand the venues are different each year. 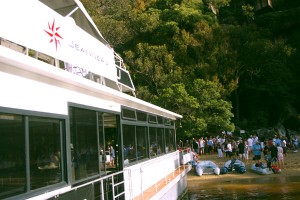 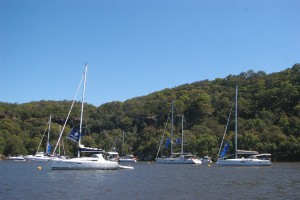 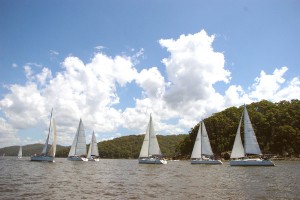 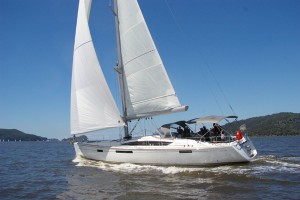 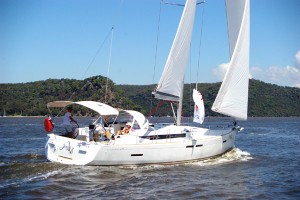 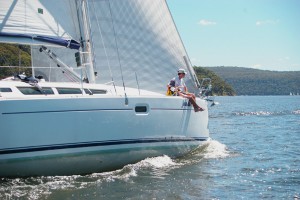 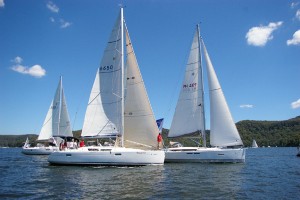 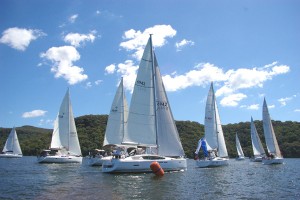