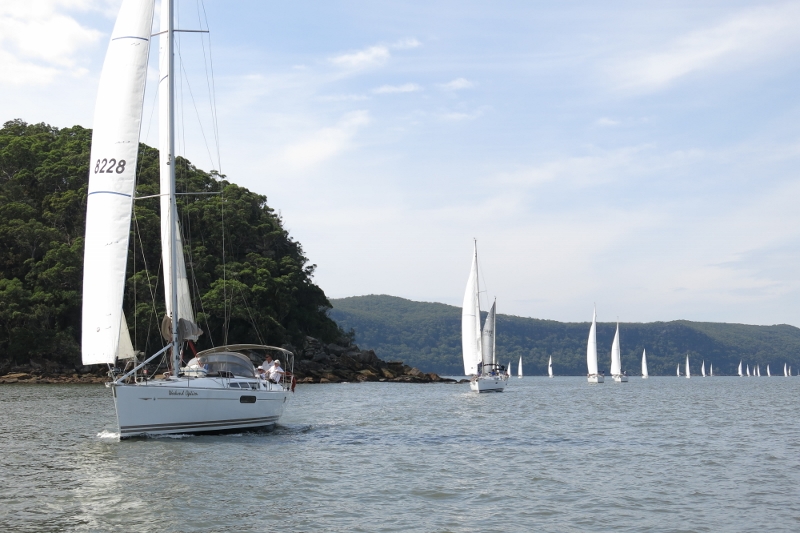 This year’s Rendezvous took place on Pittwater and Broken Bay, with the briefing held at the Royal Prince Alfred Yacht Club and event start off Scotland Island. The day comprised of both a cruising observation rally and racing divisions with a wide variety of Jeanneau models taking part. Despite the forecast the day was fine and although the wind dropped for a short period it filled back in and the fleet had a very enjoyable sail around Lion Island and all the way up to Cowan Creek, with the racing divisions finishing just before Juno Point.

Red division had very close racing with the SO36i “Wild Passion”, SO37 “LuLu Belle”, SO39i “Bandaleni” and 40DS “Goondiwindi” fighting it out and changing places several times at the front, “Goondiwindi” prevailed to take out line honours.

In Blue division Willie & Isabelle Whyte’s J53 “Amazing Grace” came through from their fleets later start and just got overall line honours, followed in division by the SO45 “Weekend Option”, the SO379 “Agrovation” with the Neil Baird’s SF3200 “Solstice” not far behind.

The final results on handicap are as follows:

In the Cruising Division ‘Observation Rally’ the yacht answering most questions correctly was the 43DS “Hi Time” of Kim Alvarez, followed up by the Fred & Kay Bidwell’s SO509 “Silk Road” and Martin & Judy Readman`s SO36i “Stella Blue”.

The fleet headed up Cowan and anchored at the head of Coal & Candle creek from where crew were ferried to shore at the Akuna Bay marina for the function at the superb Cielo waterfront venue. Following food and drinks the prizes for the above results were distributed, followed by a host of prizes awarded by drawing names from a hat. The final and biggest prize of the night was a $2,500 voucher generously offered by Sydney City Marine and won by “Weekend Option” rounding out a successful weekend for them.

After a relaxed night at anchor in the protected waters of Coal & Candle the fleet headed back to home ports with those sailing back to Sydney harbour reporting ‘champagne’ sailing.

We would also like to thank Boatmate and Sirocco Marine Pittwater for providing us with two Brig Ribs for the day. Much appreciated! 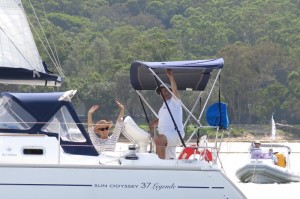 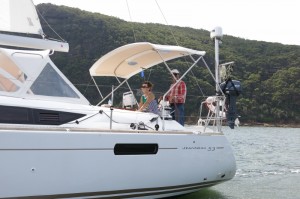 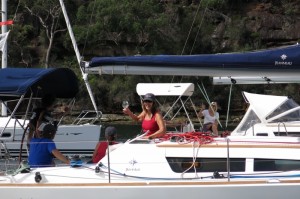