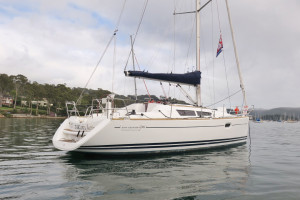 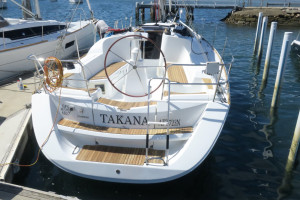 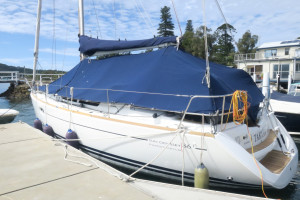 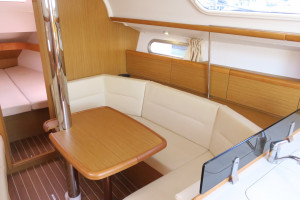 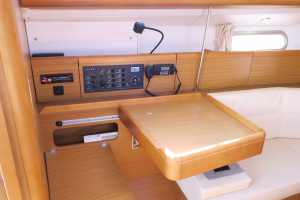 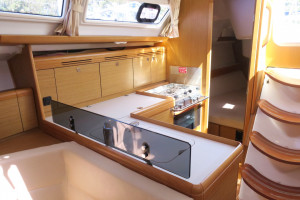 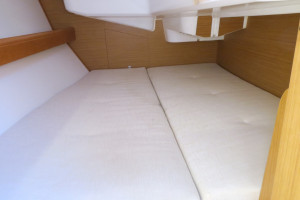 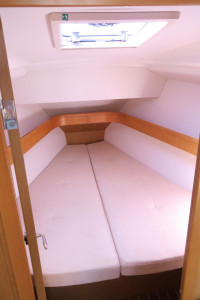 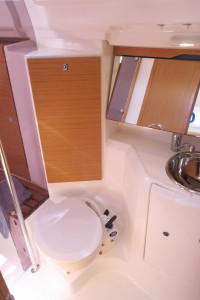 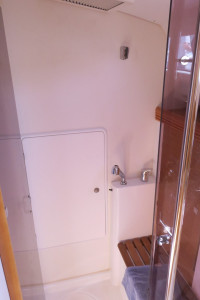 This late model 2010 2-cabin version of these popular cruising yachts is a Performance version with taller rig and deeper keel, but still maintains the full cruising interior that is roomy and very comfortable with lots of storage as well as a dedicated shower stall.

Sold new by PBS to the current owner its been enjoyed on Sydney harbour as a family cruising yacht and twilight racer. The shaft driven Yanmar has just 700 hours on it which reflects the use of the yacht. The interior is in spectacular condition and presents virtually as a new yacht.

The yacht has Quantum Mylar/Taffeta sails with three headsails including a tack mount #1 and furling #3 both in excellent condition. It also has all of the running gear for a spinnaker including both a spinnaker and whisker pole, but no spinnaker itself. With adjustable genoa cars, rigid boom-vang, adjustable backstay and Dyneema halyards this is a yacht that will reward those keen to get the best out of it.

It comes with a full boom awning that extends to the back-stay, as well as a full deck cover for protection when not in use.

The last antifoul was done last September, engine service March 2019 and everything is in good working order.

A very nice example realistically priced and well worth an inspection