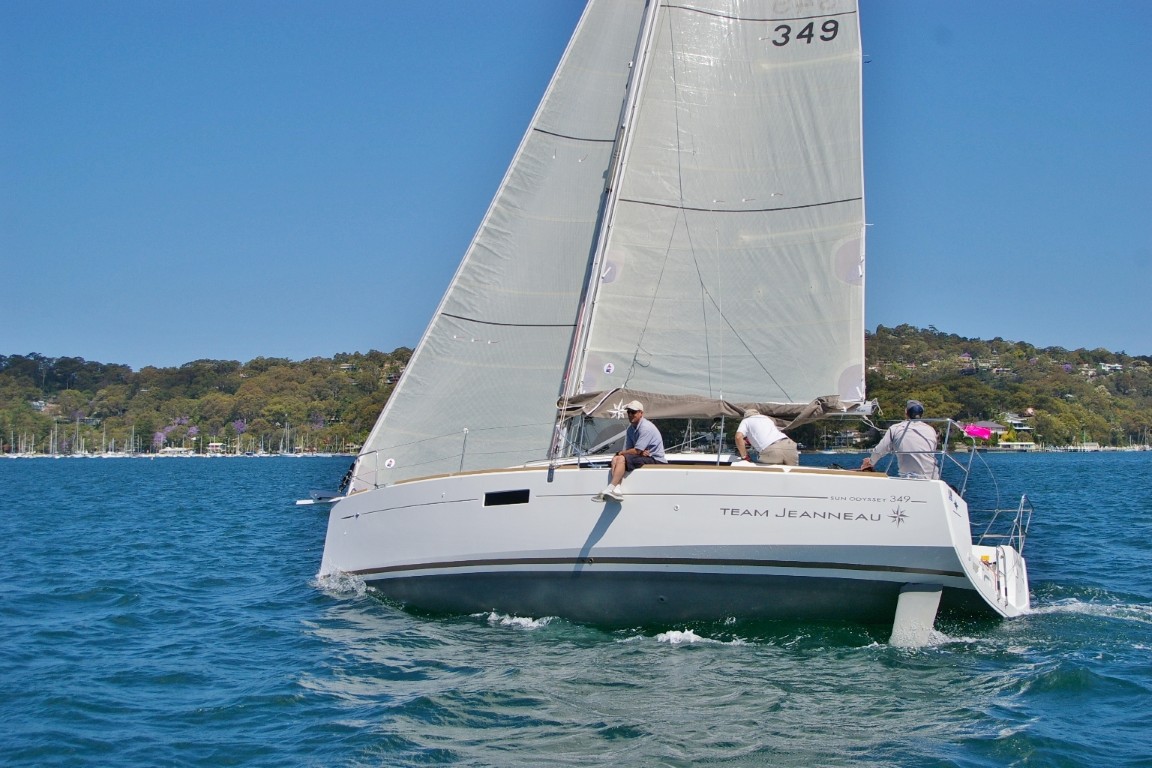 Darryl Hodgkinson with his Rolex Sydney Hobart Yacht Race champion, Victoire, is the latest to enter for Middle Harbour Yacht Club’s 37th Sydney Short Ocean Racing Championship (SSORC) to be held on November 29 and 30, but those yet to enter should do so quickly, as entries close this Friday, 21 November, at midnight.

Hodgkinson was racing last weekend when his canting Cookson 50’s steering cable broke. “I’m getting all the problems out of the way and the SSORC will be very useful for testing the boat, sail changes and to work the crew under different situations and see how we go against the competition,” he said today.

Sports injuries among the Victoire crew this season prompted the plastic surgeon to comment: “I’m doubling up as team doctor this year, and the message to my crew is: ‘only go sailing – no more of this running with the bulls stuff’.”

Victoire, the Premier IRC class champion at the SSORC in 2011, will be joined by Blue Water Point Score and Sydney Hobart rivals Balance (Paul Clitheroe’s TP52) and Patrice (Tony Kirby’s Ker 46), along with the likes of Bob Cox’s DK46, Nine Dragons.

Firmly placed to win last year, Victoire was outsailed by Patrice and Nine Dragons on the final day, much to Hodgkinson’s chagrin. No doubt the trio will go head-to-head again, and with Balance in devastating form and others in the picture it is anyone’s to take.

Elsewhere in the fleet, the Jeanneaus will be out in force for the SSORC’s Seven Islands Race on Saturday November 29. Ten have signed up in what will be a Clash of the Titans, as the race counts towards the Jeanneau Cup series.

A competitive fleet is led by Ron Jacobs’ Team Jeanneau. The former ocean racer equates racing to winning only, so it will be hard to get past him. Challengers include Peter Lewis’ Lu Lu Belle, always the belle of an event; the crew always resplendent in colourful gear that matches the gaiety on board. Sharon Angel and her Slac-N-Off will also be there to keep the guys honest.

From the non-Jeanneau brigade, Brian Lees and his quick Adams 10, Contentious, Warren Lesnie’s Hanse 385 Plan B and Carl Braden’s J109 Blue Sky are among the starters.

The two-day Sydney Short Ocean Racing Championship series is the gateway to the NSW summer offshore racing season. It creates opportunities for crews to polish their skills against some first-rate performers as they head into the season.

Once ashore, it is all fun. Middle Harbour Yacht Club invites all crews, friends and family back to their post-race beach party, including a sausage sizzle and live entertainment following racing on both days.

Notice of Race and entry are online at the official website: www.ssorc.mhyc.com.au Sailing Instructions will be available from Tuesday 25 November.