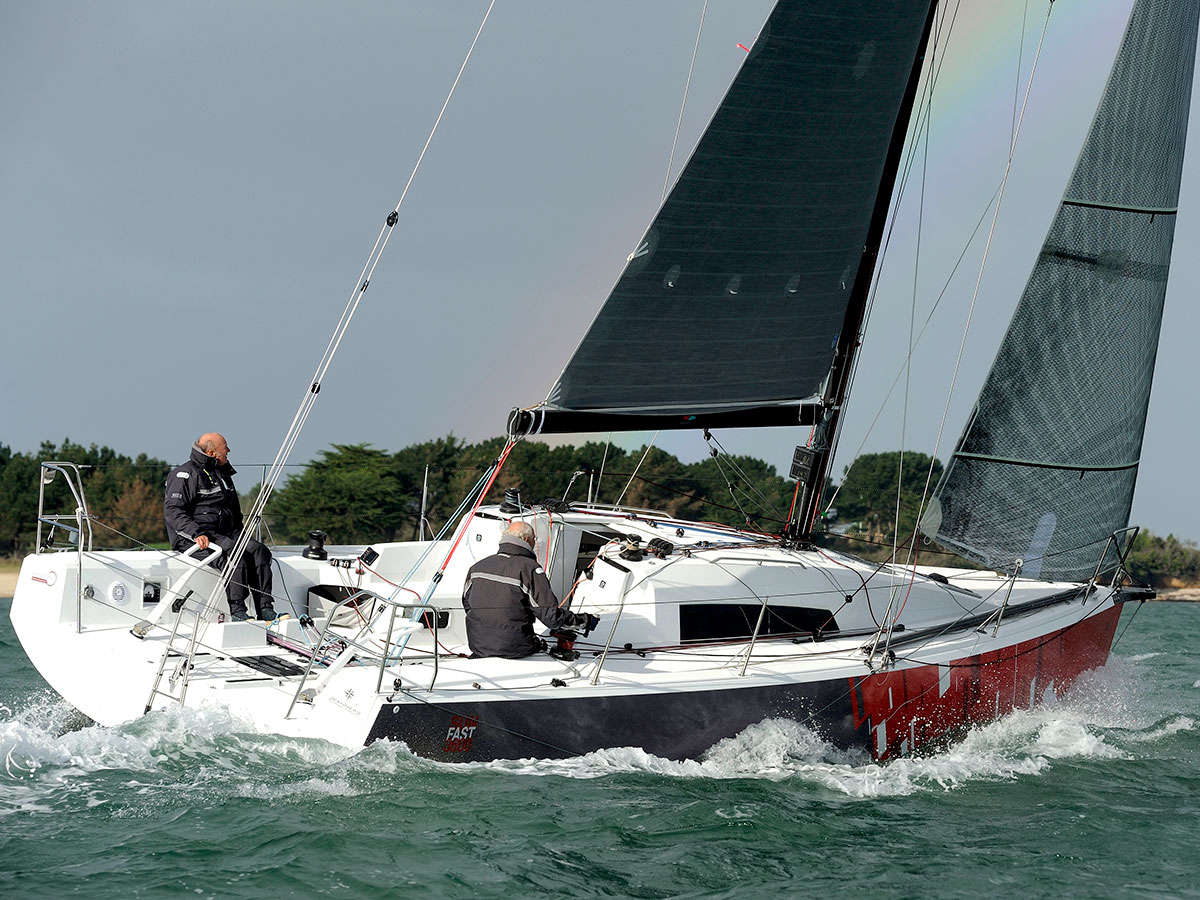 In the first leg of the Transquadra race that goes from St. Nazaire, France to the island of Madera, the Sun Fast fleet clearly had the advantage.

In the solo category, The Sun Fast 3200 Zephyrin of Pierreck Penven took line honours and 1st place on corrected time. Sun Fast 3200s also placed 2nd and 3rd so it was a complete Sun Fast podium for the solo fleet.

In the double-handed fleets, again the Sun Fasts were in the lead. In the Barcelona to Madera fleet, the first 4 boats were also Sun Fast 3200s.

The Sun Fast 3600 Yolo with Jean-Francois de Premorel and Philippe Laperche at the helm finished 2nd, only 14 minutes behind the leader and getting 3rd in corrected time. Not bad for a 7 day race. The second Sun Fast 3600 came in just hours later.

Competing in three out of four categories, Sun Fast skippers stand on all the podiums with a clean sweep of the first three places for both the Solo Atlantic and Double Mediterranean categories.

Overall, a superb first leg by the 25 Sun Fasts and their crews. Congratulations and we look forward to the second leg which starts in Madera at the end of January 2015 a finishes in Martinique.

“We are disappointed to have finished a few minutes behind, but the race was passionate and it all came down to the last hour, when the slightest wind shift made the decision. The race was fast and intense, with a tricky passage around the Finistère cape where we were able to take the upper hand.

The Sun Fast 3600 proved incredibly stable and powerful in strong winds, and we were able to keep the spinnaker and mainsail under full sail at above 40 knots of wind. Nothing broke, and we had very good camaraderie aboard, which made for a beautiful first leg of the race!”

“I felt the same sensations that I had felt in Class 40. I could feel that the boat was solid, powerful and very stable. The boat does remarkably well under autopilot, even in strong winds. My only regret: problems with the spinnaker pole, which caused us to lose time and made some tears in the spinnaker. Seven broken spinnaker pole fittings meant that the spinnaker had to be brought down seven times, which meant in turn that a good deal of miles and energy were lost.” Olivier Grassi.

“From Barcelona, the start of the race was difficult, with little wind at the beginning, then a complex passage through the Straits of Gibraltar, with 40 knots of wind on the nose. We were able to pull through by skirting the coast to protect us from the current. We came out at the head of the fleet, and we were able to keep our lead through to the finish. The fight with the other Sun Fast 3200s was intense!”