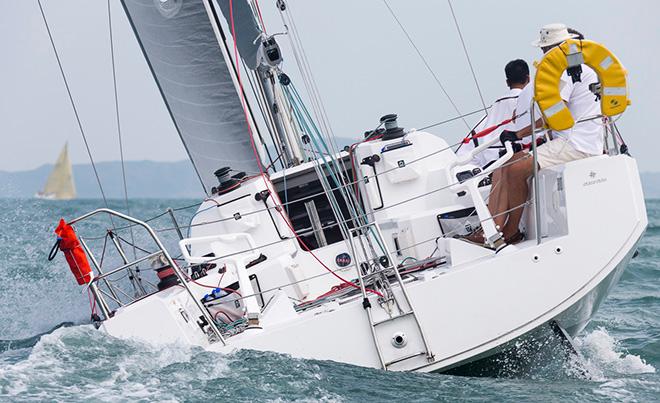 The designer Daniel Andrieu was on board as skipper, Australian Nick Moloney was tactician, and the crew made was up of members of the Dong Feng sailing team, senior members of whom are contesting the current Volvo Ocean Race.

The regatta consisted of eight races which combined both windward/leeward and passage races. Winds varied from 4 to 15 knots and among the division was highly competitive with J109, A35, A40, Sydney 36 and Elan Performance 400yachts competing.

This particular Sun Fast 3600, racing as Dongfeng Race Team, had just been commissioned immediately prior to the event suggesting that there is more to come…

On top of that another Sun Fast 3600 just won the final IRC event of the French season at Hyeres. In fact it won three of the five races and so dominated its class.

To view one of these exciting new racers contact PBS on (02)9979 9755, or email info@performanceboating.com.au