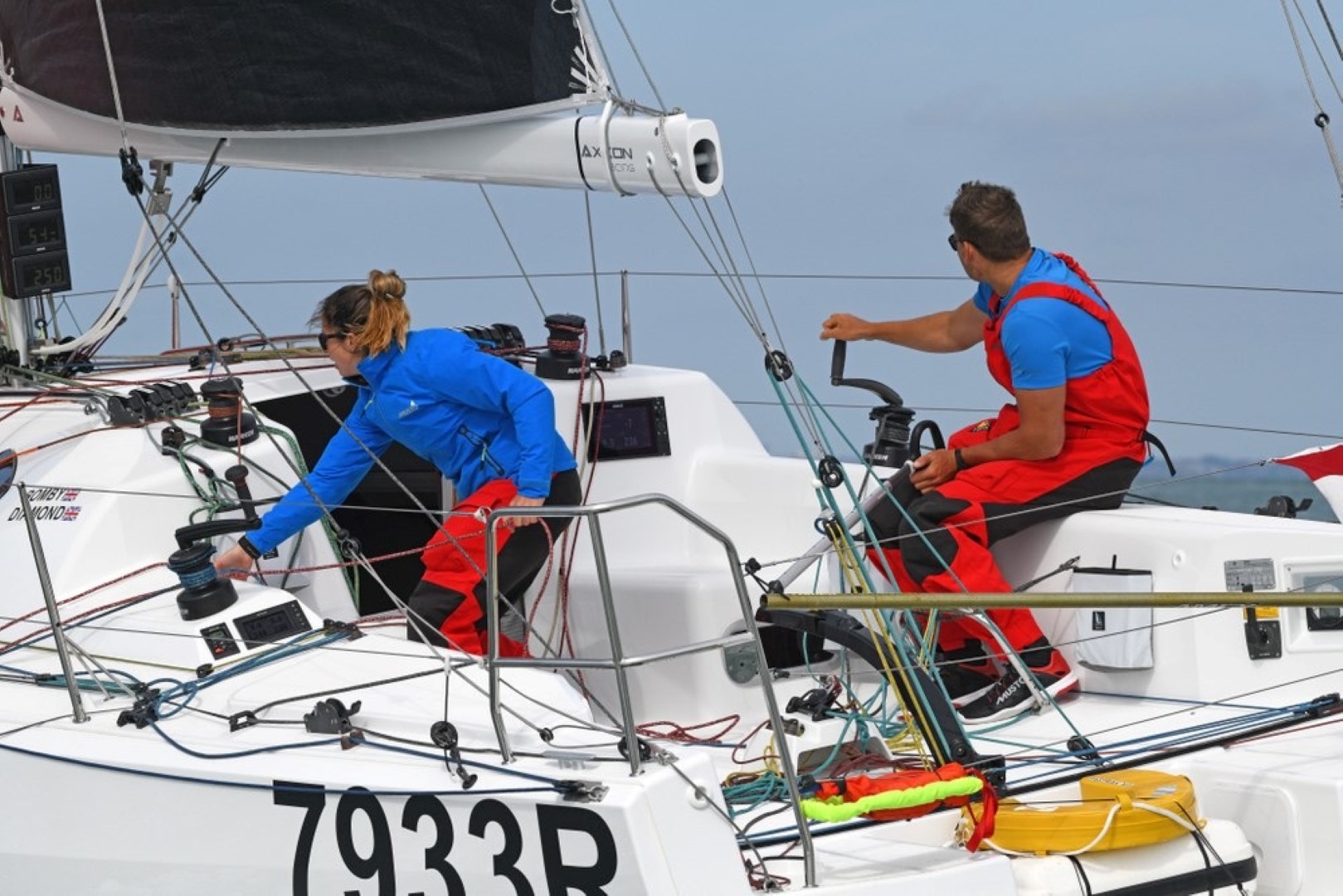 A new Jeanneau Sun Fast 3300 “Fastrack XII”, launched only weeks earlier, has won IRC3a in the Rolex Fastnet Race, but more significantly it sailed two-handed and was the first mixed crew in the highly competitive 64 boat IRC 2-handed division and 2nd overall. A second 3300 “Sapristi” came 7th, while Sun Fast 3600’s “one Way” and “Bellino” were 6th and 9th overall. Notable too was the Sun Fast 3200 “Cora” that finished 3rd in IRC4a and 12th overall in the two-handed division sailed by a father and son team.

A just released review of the SF3300 by Yachting World’s Pip Hare sums it up well. “I found a boisterous and adventurous bundle of fun that made my face ache from grinning at the end of each downwind run”, and “in essence, the Sun Fast 3300 is a small boat that is capable of delivering big thrills”.

The first SF3300 is on the way to Australia and entered for the Hobart race, along with at least one other SF3600.

With two-handed racing now being embraced by the CYCA for the Hobart 2020 there will undoubtedly be keen interest in yachts that are manageable to be raced short-handed, and of course this is a big plus for club or twilight racing where sailing at a high level without requiring a large crew for ballast is a big plus. This is exactly what the Sun Fast range are designed for, and they have proven to be highly successful across the World in both short-handed and crewed racing. See the details on the Sun Fast 3300 here.

If a second-hand Sun Fast may be of interest we have a well priced Sun Fast 3200 available, and also a superbly optioned Sun Fast 3600 fully tricked for offshore racing.