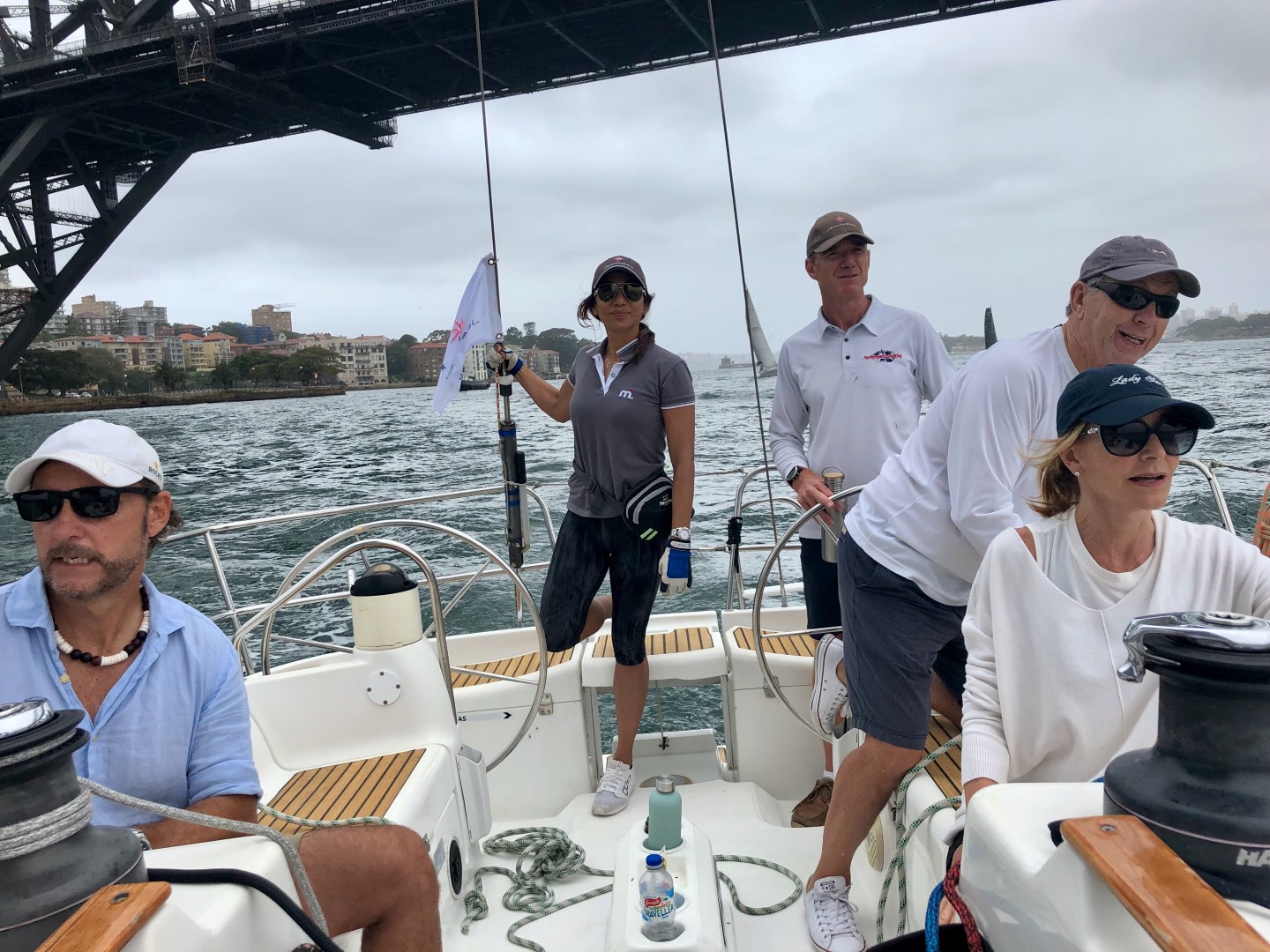 Saturday the 19th of January saw the second of our Jeanneau Cup events at Middle Harbour Yacht Club with a record fleet of nineteen Jeanneau yachts entered for the Chaos & Bedlam Cup course in a total fleet of 56 yachts. These races are run in pursuit format where the start time is set by the handicap and the results are the finishing positions of the yachts with the faster coming from behind.

This years race was windy, with a stiff and gusty South to South Westerly which meant that those that nominated to fly spinnakers had a fast run back out of the harbour from Bradleys Head, around Middle Head and home.

No less than eight Sun Odyssey 349’s competed and after almost 3 hours of racing only seconds separated several of them on the finish, so very close racing.

First home was Chris Stannards Sun Odyssey 39i Performance “World’s Apart” just under a minute ahead of Mike Gallaghers Sun Odyssey 409, with the first of the Sun Odyssey 349’s “Pinta Bay” just 2 seconds behind! So “Pinta Bay” not only finished 3rd overall, but also first in the Sun Odyssey 349 division, followed by William Wade on “Eau Well” and Norm Farrell & Partners on “Angourie”. Eight different Jeanneau models were represented in the fleet with five different models in the top five, so everyone is in with a chance to place.

The last event of the year is the Two-Up Cup on Anzac Day April 25th, also out of Middle Harbour Yacht Club. Here is a link to the entry page