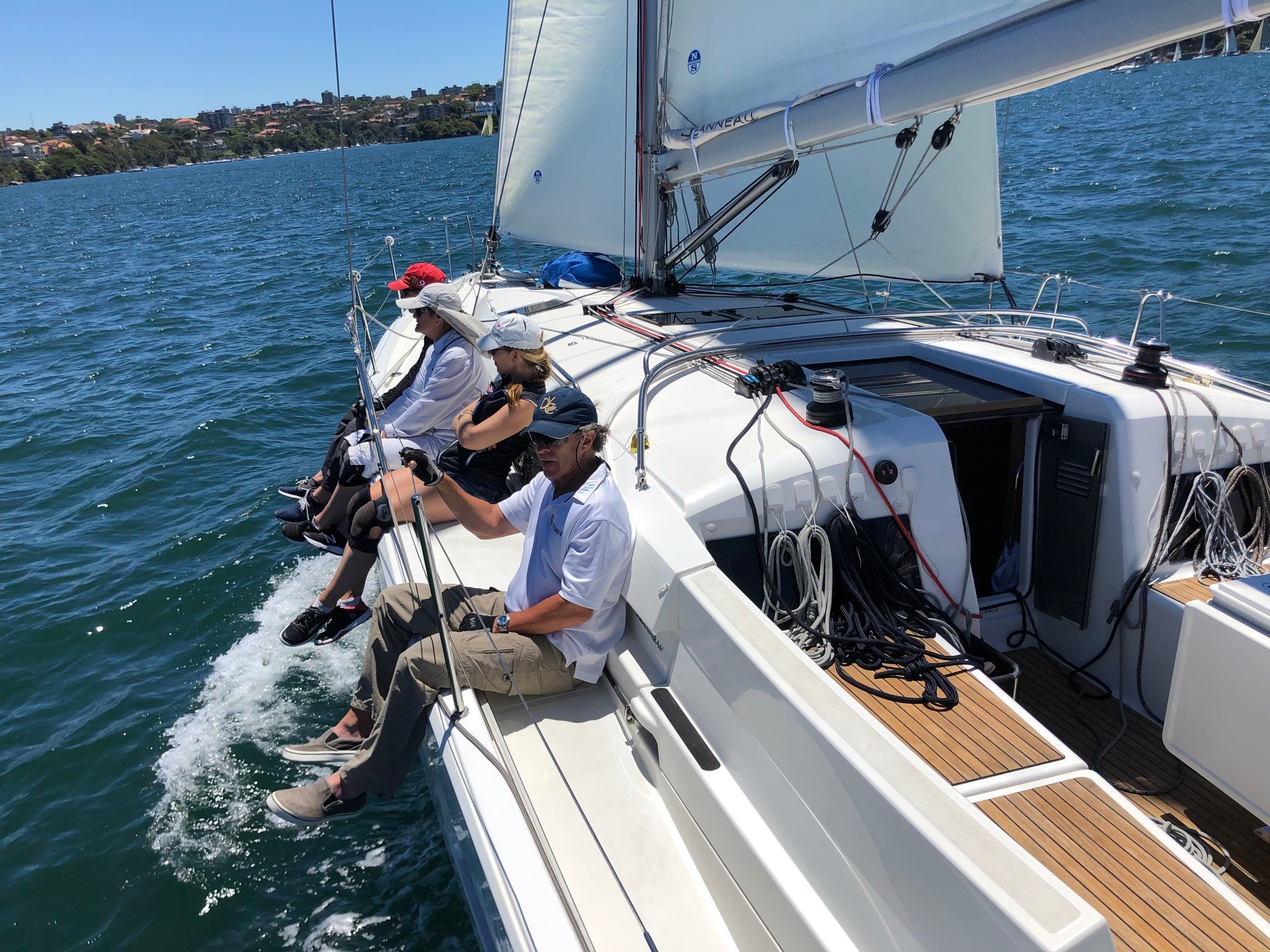 A fine sunny morning with the prospects of a 10 knot S’Westerly air-stream greeted participants for the second event in the Jeanneau Cup Series for this season. The pursuit style race, as part of the Chaos & Bedlam Cup race hosted by Middle Harbour Yacht Club, means that yachts start at an allocated time designated by their handicap, so then first home wins.

Straight off the start line getting out of Middle Harbour was tricky with several wind holes, but for the leg from Middle Head to Fort Denison it was a complete lottery with wind coming out of the bays on both sides of the harbour and the breeze faltering as the ebb tide started to build.

The faster boats starting later got the benefit of a sea-breeze earlier which compressed the fleet as the leading boats struggled in a dying Westerly under the harbour bridge. As that sea-breeze built and took us towards Glebe bridge the flags on the harbour bridge could still be seen flying in the opposite direction!

The turning mark at Bedlam Point was appropriately named and a large wind hole and the strength of the tide created a parking lot with boats gunwhale to gunwhale, and in some cases going backwards. However, once you negotiated the mark the fleet enjoyed a good sea-breeze and a long beat all the way back to Middle Head.

The JOD35 “Starstruck” skippered by David Ferguson reveled in the conditions to be home first after just over 5 hours of racing, with Mike & Hilary Gallagher and their crew on the Sun Odyssey 409 “Galan” not having saved their time on the outgoing leg to finish 5 minutes later. Third home was Peter Laver’s crew on the Sun Odyssey 440 “Ca Va”, just 1 minute ahead of the first of the Sun Odyssey 349’s being Frank Milner’s “Pinta Bay”.

Despite the challenges of the wind conditions all entries finished within the time limit after a long but enjoyable day on the water.

A special mention for the 349 “Pinta Bay” and the 42DS “Imagine” of Tom & Kerrie Ayrton who travelled from Pittwater for the event, and to newcomer Harry Brigden on the SO37.2.

The final event of the series is scheduled for ANZAC day, but now that this clashes with Sail Port Stephens we are looking at moving it, but will announce that in good time.