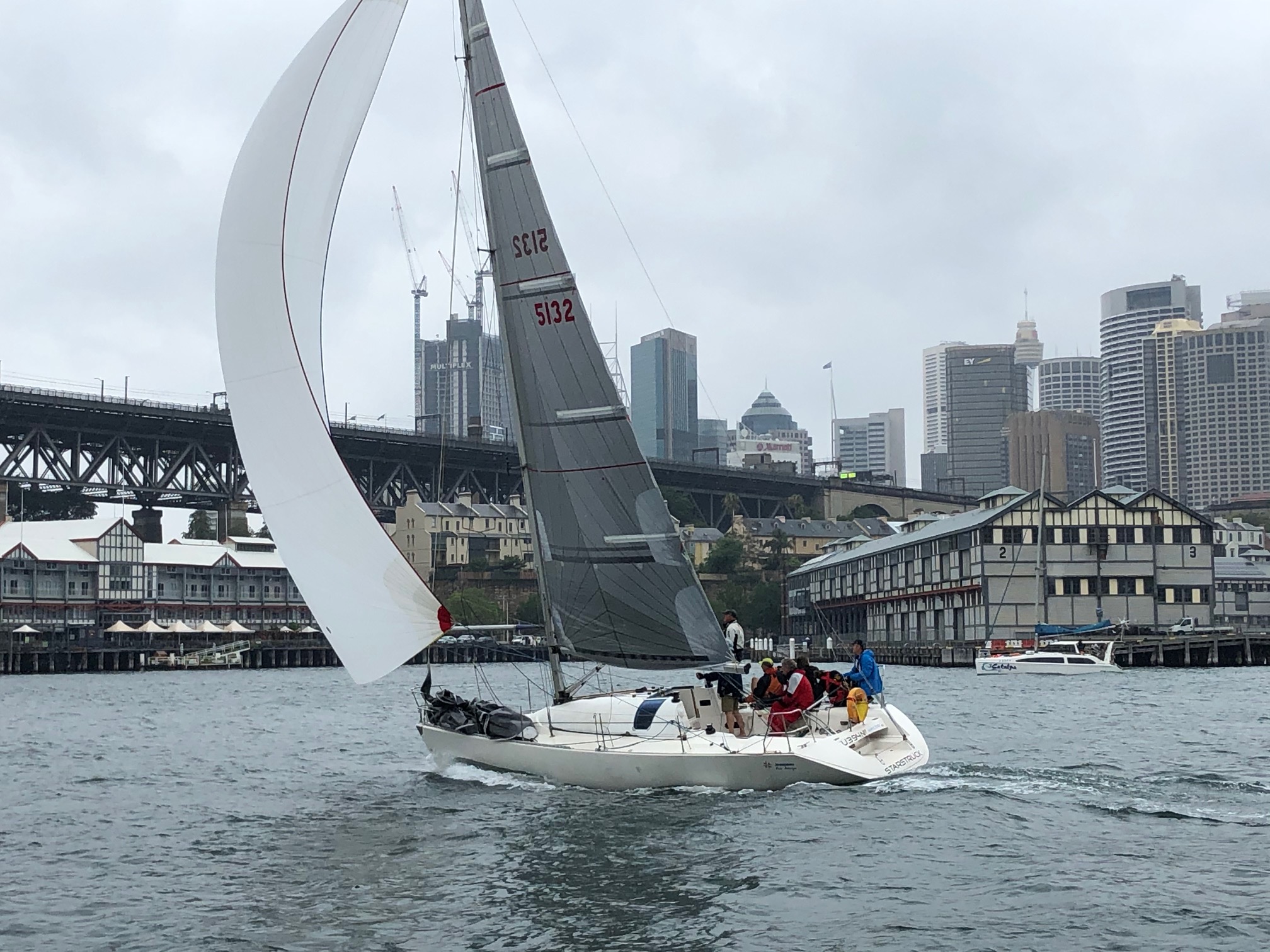 A stiff Southerly greeted the fleet for the start of our second Jeanneau Cup event incorporated into the Chaos & Bedlam Point Cup race out of Middle Harbour Yacht Club.

Not surprisingly the forecast put a lot of regulars off, but full points to Frank Milner for bringing his Sun Odyssey 349 from Pittwater specifically for the race.

Rounding Middle Head the breeze was gusting to 30 knots across the sound, so that even with a reef most boats were well overpowered. However, just as we approached Sydney Harbour Bridge the breeze abated dramatically and those that responded quickly shaking out their reef managed to get through the wind shadow of circular quay and then get back into breeze across North Sydney.

Being a pursuit start there was half an hour between the first and last boats in the Jeanneau division, so working to stay well ahead through to the halfway mark at Bedlam Point was hard work. The SO349 “Pinta Bay” made it to Bedlam first, but both “Starstruck” the JOD 35 and “Galan” the Sun Odyssey 409 were not far behind and then popped spinnakers, so it was only a matter of time before they got through into the lead, though it was almost the Harbour Bridge before “Starstruck” got away.

So, Scott Lawson and his team were therefore home first, followed by Mike Gallagher’s “Galan” with “Pinta Bay” 3rd and the first of the SO349’s.

Well done to all participants for what turned out to be a rewarding days sailing and you’ll find a full set of photos posted on the 18th of January on the Performance Boating Sales Facebook page. The final race in the series takes place on May 30th, so mark that in your calendars.