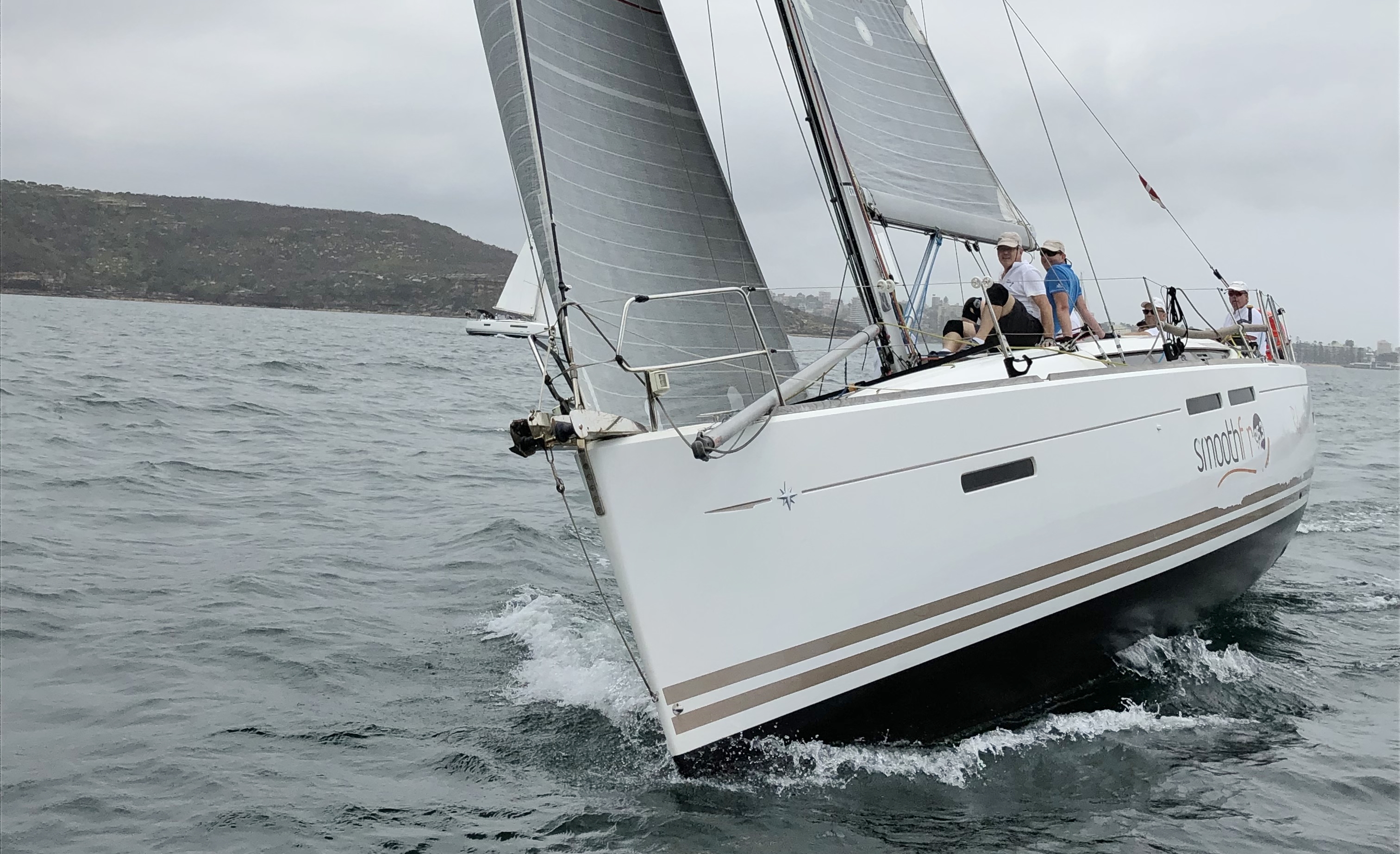 Saturday the 23rd of November saw the first of our summer series races for Jeanneau owners on Sydney Harbour and hosted by Middle Harbour Yacht Club. Fifteen Jeanneau’s of all types took part, with Sun Odyssey 349’s making the bulk with six entries. The racing is pursuit style with the slowest boats off first, with the starting sequence from 12.30.

With a 10 to 12 knot Southerly forecast it look like it would be a good days sailing this feature event of the club called the Seven Islands Race taking us West of the Harbour bridge to Glebe and back. However, the wind was lighter than forecast all day, and in the Western reaches proved very light and tricky, so much so that only 4 boats were recorded as finishes before the 5.30pm time-limit. Yours truly on the new Sun Odyssey 410 managed to make the time-limit by 2 seconds!

Middle Harbour Yacht Club have apologised for not shortening the course earlier as they should have done and will ensure for the races later in the series, and this course for next year, that they will aim to have every yacht finish by mid-afternoon as it spoils the whole occasion when yachts try and finish and are still out on the water at 6 o’clock.

So, congratulations to Mike Gallagher on the Sun Odyssey 409 “Galan” which had an emphatic win, though we suspect that “Starstruck” would have won had they heard the shortened course. Second place went to the ever competitive Sun Fast 37 “Macscap” sailed by Peter McClelland, with Alex Fleckno-Brown third on the Sun Odyssey 36i “Think Twice”. See photos from the day on the Performance Boating Sales Facebook page.

The next Jeanneau Cup event is the “Chaos Cup” race on January 18th, so mark that in your calendars now as it will be upon us before we know it!

We do appreciate MHYC hosted us for this series as always.