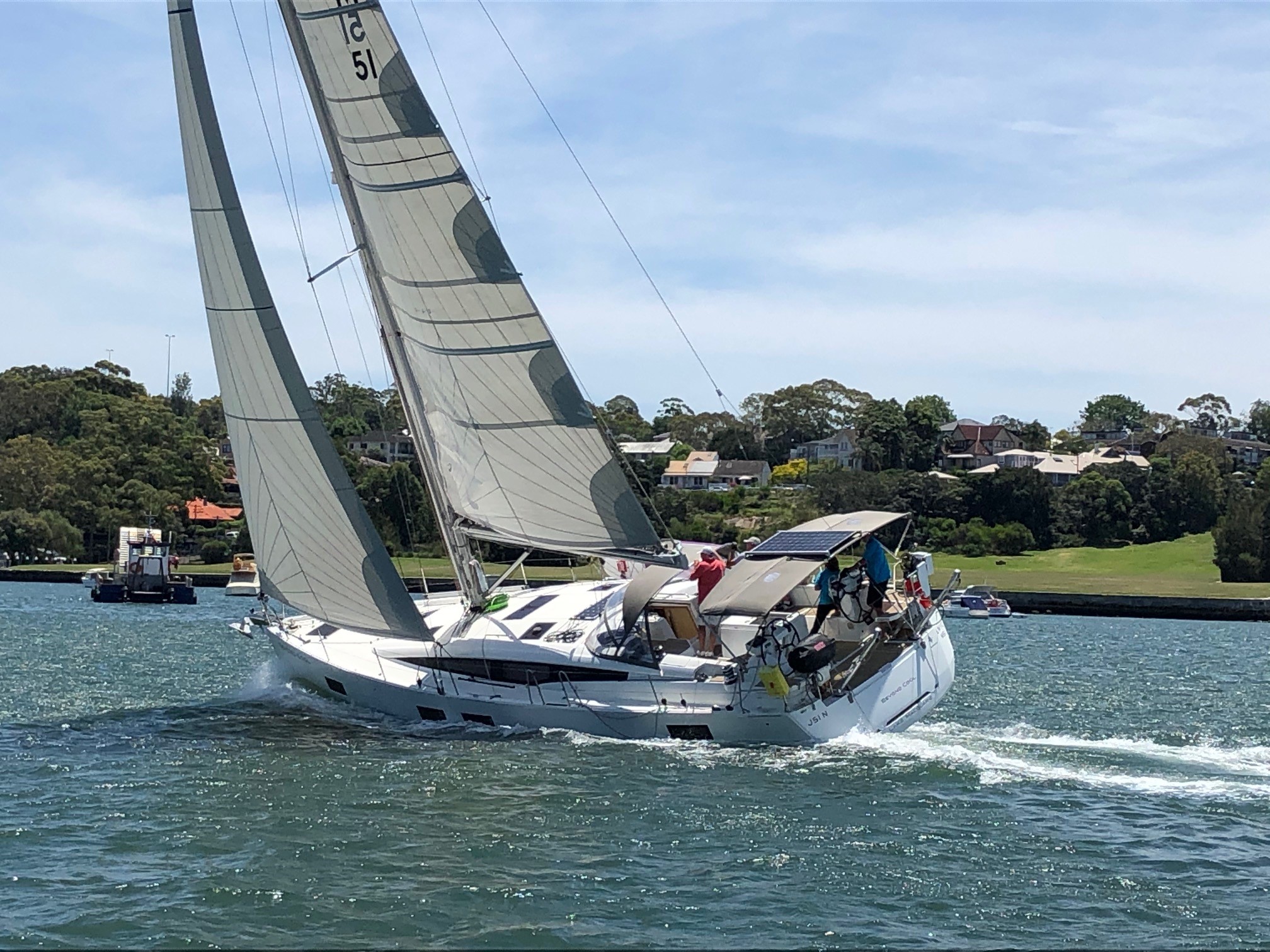 Race 1 of our Jeanneau Cup series hosted by Middle Harbour Yacht Club on November 28th was their feature event the 7 Islands Race, taking the fleet of 14 participants past the Opera House, under the Harbour Bridge and to Drummoyne before the return leg. This year the day started extremely warm, and just got hotter all day with 41 degrees recorded when we got back to the club. But the good news was that a good North to N’Westerly breeze stayed in all day, though quite gusty at times, meaning that everyone had to stay on their toes and concentrate, not so easy in such heat.

The Sun Odyssey 39i “Slac N Off” started well  leading the fleet at the Harbour Bridge, but then the 349 “Pinta Bay” took the lead at Balmain and was then overtaken by the Jeanneau 51 “Beyond Cool” which had powered down the harbour and managed to get through the trickier areas well. The faster boats continued to work through the fleet in this pursuit style race that didn’t suit those flying spinnakers or assymetrics very well. The always quick JOD35 “Starstruck”, which has the highest handicap, worked its way well through the fleet, as did the Sun Odyssey 440 “Ca Va”, and the Sun Odyssey 409 “Galan”. These three had a close fight all the way to the finishing only a minute and a half apart after over 3 hours of racing. Bit it was Mark and Carolanne’s magnificent “Beyond Cool” that kept it together with a crew made up of another J51 owner a SO469 owner, and SO509 owner, to take the win by a convincing 5 minutes from Frank Milners 349 “Pinta Bay” which managed to hold off the fast closing three by just a minute, with “Starstruck” next, then “Ca Va” and “Galan”.

Well done to everyone for taking part, and especially those that travelled, being “Beyond Cool” from Lake Macquarie, and “Pinta Bay” and the 42DS “Imagine” from Pittwater.

Race 2 takes place on January the 16th, so mark that in your calendar and come along for another enjoyable day of sailing!

All the photos of the day and the full race results can be found on the PBS Facebook page at this link.

Thanks to Middle Harbour Yacht Club as always for hosting us so generously.