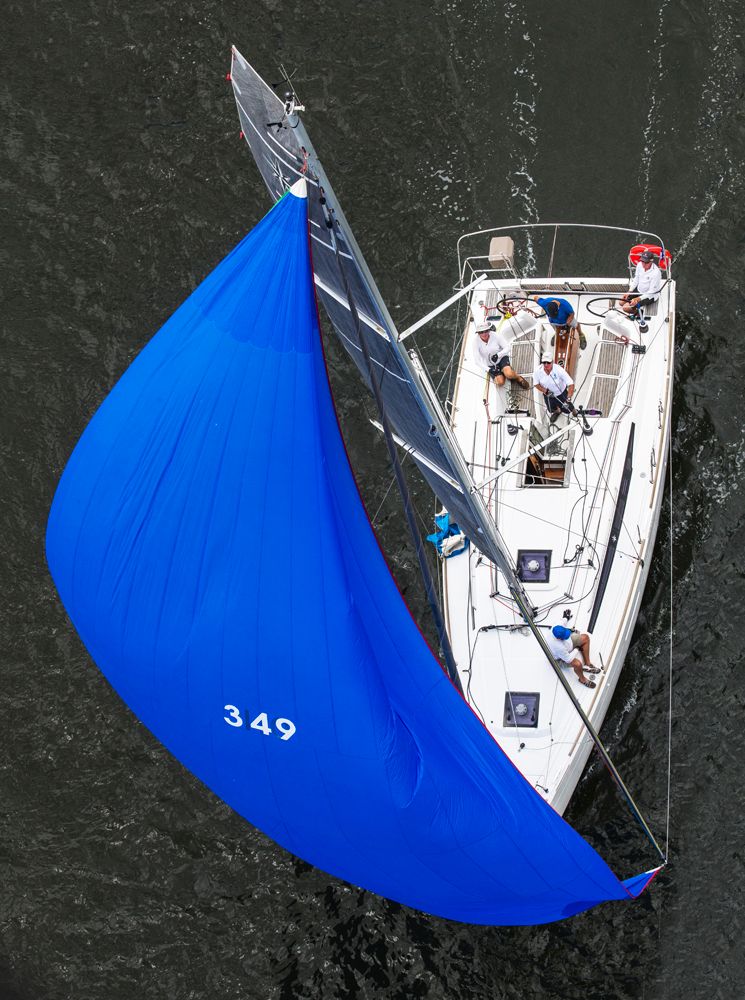 If there is one thing that the annual Bedlam Point Cup pursuit style race can guarantee is that it’s going to be a long day. Chaos and Bedlam can also ensue.

Last year, the vagaries of the wind saw most of the fleet work upwind for 10 nautical miles into a westerly to find that the breeze had shifted 180 degrees at the Abbotsford turning mark so the ‘run’ home was also upwind. This year, arrival at the up-river buoy marked the turn of the outgoing tide so the fleet fought the current virtually the entire way. It was a looong day.

Seven Jeanneaus faced the starter ranging from three Sun Odyssey 349s to the SO 409 ‘Galan’. With the extended run up the Harbour beneath both the Coathanger and Gladesville Bridge, a spinnaker was a great asset to deploy. A nor’east breeze predictably struggled to reach much past the city but, by mid race, had built sufficiently to make for champagne sailing the whole distance home.

Symmetrical spinnakers filled the podium and those without that option brought up the rear. Heading the field was Pittwater based SO349 ‘Pinta Bay’ (Frank Milner) holding out Middle Harbour locals SO409 ‘Galan’ (Mike Gallagher) and Jeanneau 39i ‘Slac-n-Off’ (Martyn Colebrook).

Full results are as follows:

The final race for the Jeanneau Cup will be the Two Up Cup on 23 April. We hope to see you there!