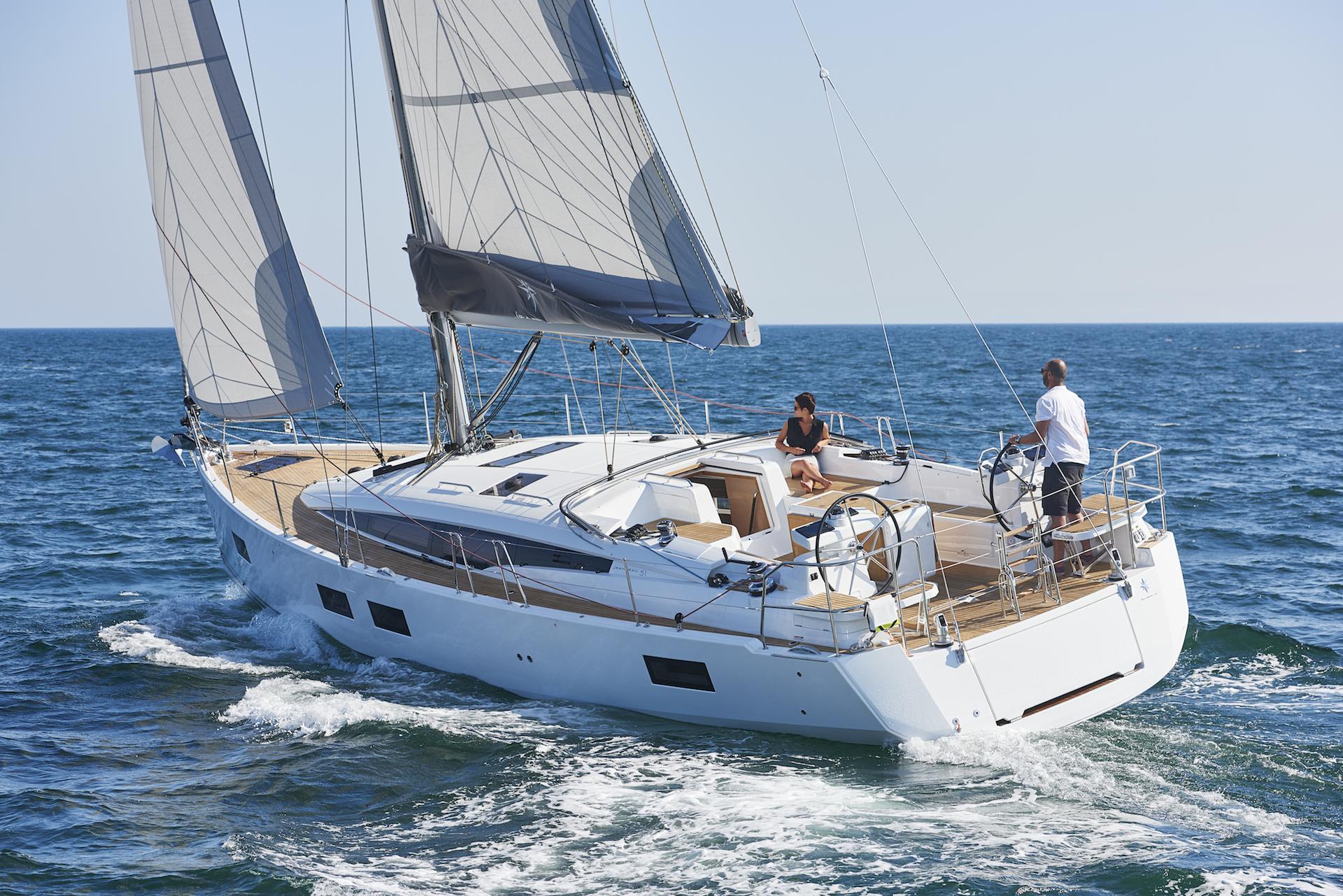 While the new Jeanneau 54 was hugely popular at the Sydney Show and attracted incredibly strong praise from numerous people, including industry insiders during the Sydney Show, this also led to extraordinary interest in the ‘just announced’ smaller sibling in the Jeanneau brand range, the new Jeanneau 51. Having been announced only two weeks prior to the show, with the first prototype launched the week previous, we were the first market in the World to receive the details, to have available pricing, and to receive official photos from which we produced a brochure in time for the show! On the basis of what people saw in the 54, and the then released video, PBS has already secured the first order with several others likely.

The Jeanneau 51 has the same exterior style with a cockpit designed around multiple uses and the patented aft ‘terrace’ seen on the 54 at the show, wide side decks with a broad bulwark and high stanchions for secure movement forward. The foredeck bimini is also available and it similarly has a large bow-compartment.

Down below there are the same Andrew Winch touches throughout, giving a truly luxurious feel with a spacious saloon married to a U-shaped galley and forward facing nav’ station. The owners cabin is forward and very similar to the 54, while guest cabin with ensuite is aft to port, then ingeniously the aft starboard quarter can be tailored to your use with several options including a pantry aft of the galley, and large storage space, pantry and third cabin, or third cabin with ensuite.

Sail plans offered can be tailored to your specific use, from a well powered performance cruiser, to an ease of handling weekender with self-tacking jib and electrically furled mainsail and everything in between. Click on this link to find all the details including a comprehensive video. 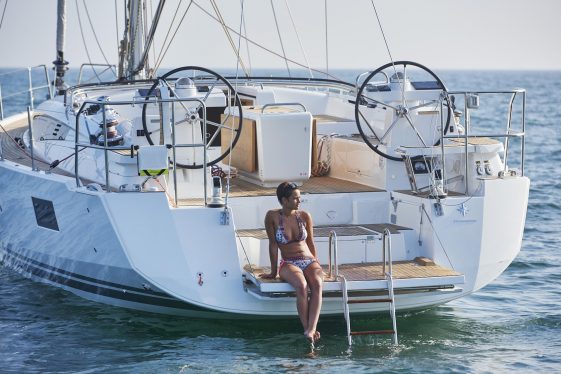 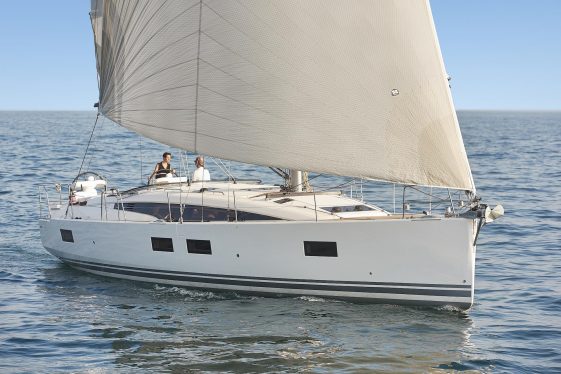 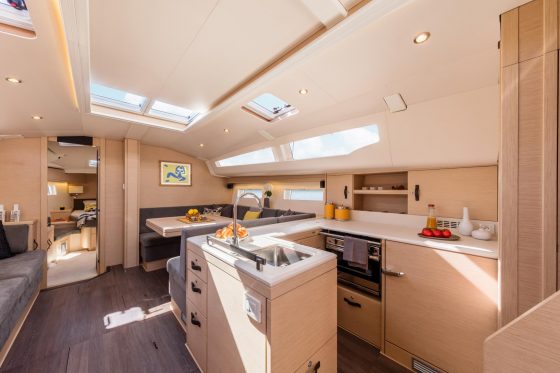 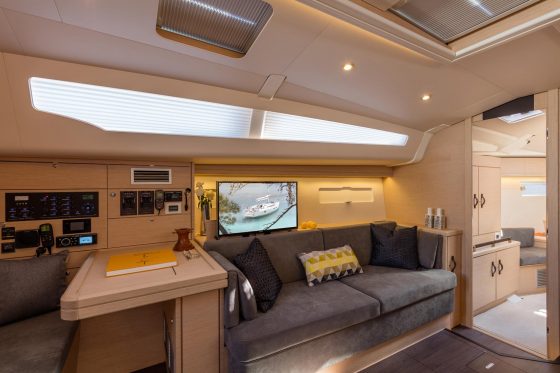 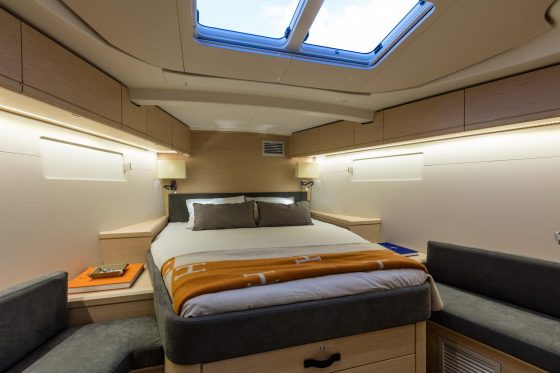