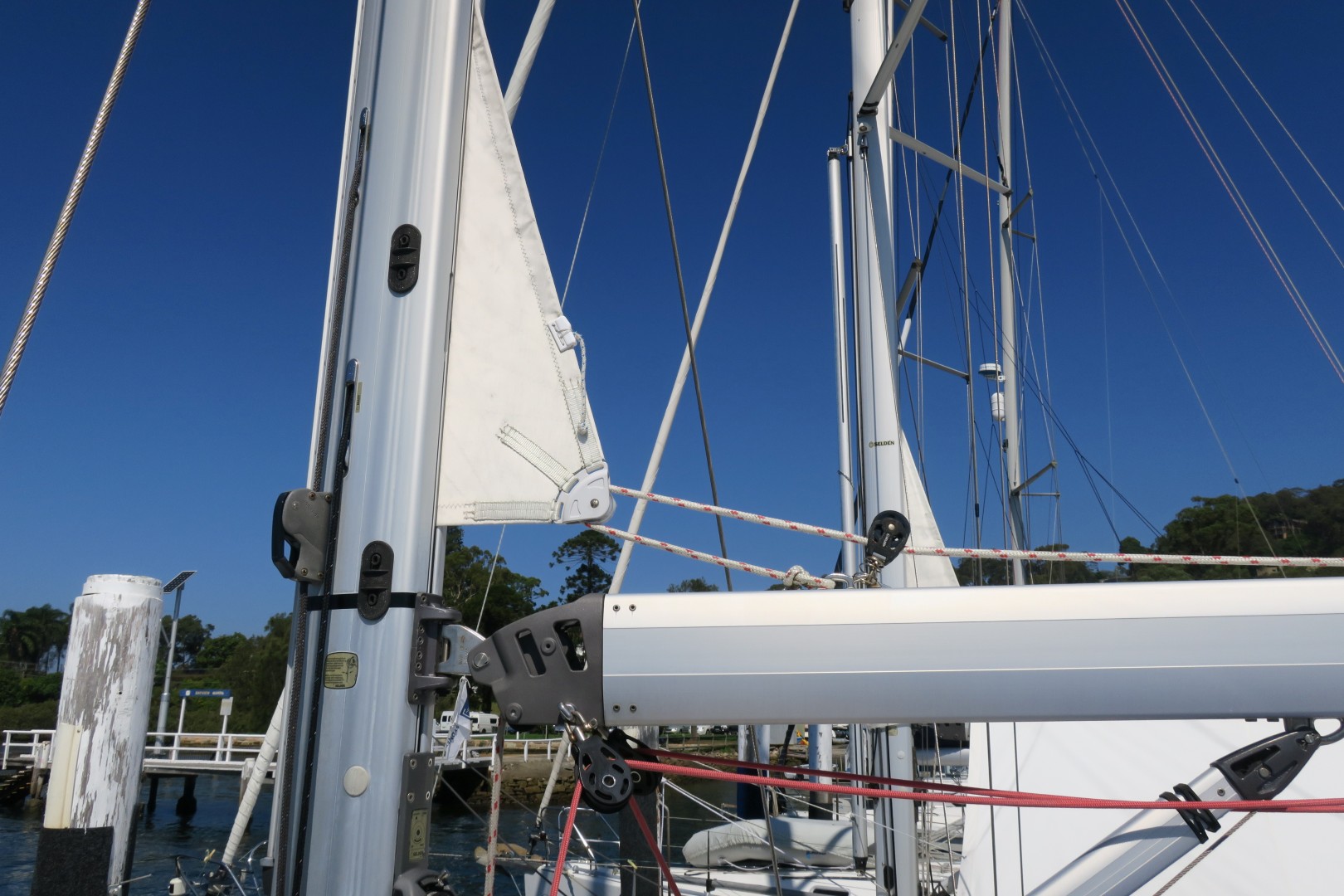 Exorbitant bills from marine tradies? We’ve all had them and wondered how a simple job could cost so much. But how often do owners understand what is involved in work they commission? I’ve been on both sides, and I would love a dollar for every time an owner insisted ‘it’s only a five minute job’. I often thought, if it is so easy, why don’t they just do it themselves. Take this rigging job for instance…

The call came in at lunchtime. One of the charter companies had taken a standby booking and the boat was going out next morning. Even though bareboats are not allowed to move after dark, all their navigation lights must work, so a job we already had scheduled was now urgent. After re-shuffling our afternoon, the boss and I set off about 1630 to replace the bulb in a steaming light. Naturally, as we were short of time, the boat was not near our workshop, but on an outer berth in another marina.

This boat had an in-mast furling mainsail, with a solid vang instead of a topping lift. There were no spare halyards, so prior to climbing the mast, we had to drop the headsail to access the halyard presently at the top of the forestay. Before unrolling the sail, we noticed the halyard had been cut to minimum length to avoid clutter in the cockpit. The halyard tail was cable-tied to the mast near its jammer, so we lowered the sail from there. It was obvious this halyard was too short to reach a halyard winch, so off I went to fetch our spare halyard – the one we kept for whenever a customer’s halyard was unusable – from the truck.

We moused out the boat’s halyard, pulled ours in, jumped in the bosun’s chair and climbed up to the light. It was hanging loose, having almost been flogged off the mast by the jib. It should have had a light guard, but the owner had previously declined the extra expense. After re-fastening the light to the mast, I took off the cover, removed the old bulb, and found a broken wire. After baring the end of the remaining wire, guess what? Too short by about 4mm. Took the light off the mast to access the wiring, but the little bit of length you can usually fudge had already been used – probably when the previous light was replaced after being flogged by the jib.

Fish around in the tool bucket for a piece of wire and a joiner; crimp on the new wire and thread it into the light; refasten the light base to the mast; attach the business end of the wire; fit the bulb; re-fit the light cover. Get the boss to flick the switch. Light shines brightly, because by now it is dark.

Back on deck, reverse the initial process: mouse our halyard out, replace theirs, attach the headsail and hoist it. Furl it up and we are done. Completing the job card can wait until tomorrow. What will the owner think when he gets an account for 2 x 2 hours just to replace a globe?