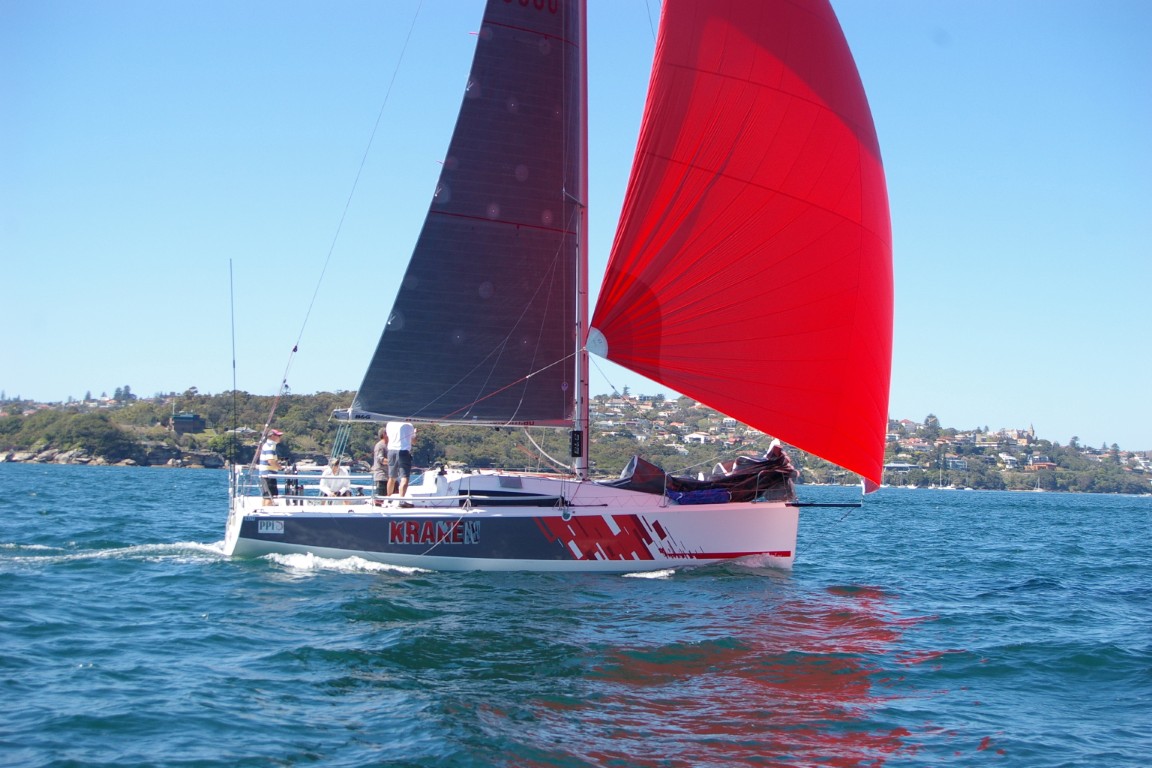 Twenty yachts are expected take part in the 200 nautical mile Newcastle Bass Island Yacht Race, which kicks off at 7.00pm this Friday evening local time and is a new addition to the Cruising Yacht Club of Australia’s prestigious Blue Water Pointscore Series (BWPS).

The new race will take the fleet from a start line at Point Piper on Sydney Harbour, north to Newcastle on the Central Coast and then south Bass Island, 1 nautical mile south-east of Flinders Islet, before heading back to the Rushcutters Bay finish line on Sydney Harbour.

In what is shaping up to be the closest series for some years, the imposing four behind Celestial, their names already engraved on major trophies, are on eight points each going into Race 3.

For the first time, Todd Giraudo will race his brand new Jeanneau Sunfast 3600, Kraken, subsequent to launching at the Sydney Boat Show in August. Kraken is the big sister of the Sunfast 3200 West Australian Giraudo previously owned and raced double-handed in a blue water series in the West for the past three years, in addition to other major races there.

The new Kraken, according to her owner, is suited to double-handed and fully crewed racing. The 200 nautical mile Newcastle Bass Island race will give Giraudo and crew a real workout and a chance to test the new boat as it prepares for the Rolex Sydney Hobart Yacht Race ahead of being sailed home to Perth.

Other entries include Olympian David Forbes and his Kaiko 52, Merlin from Middle Harbour, and former rugby great Mick Martin and his TP52, Frantic, from Lake Macquarie.

“I’m looking forward to seeing plenty of TP52’s, Cooksons and Rogers boats coming out to play,” Martin commented on the coming race, recognising the talents of Shogun, Balance, Victoire and Celestial.

Originally the CYCA planned to re-introduce the 320 nautical mile Montague Island Race (last sailed in 1986) as Race 3 of the BWPS, but in consultation with boat owners, opted instead for the 200 nautical mile Newcastle Bass Island Yacht Race. It means yachties will get a little time with family and friends over the long weekend.

Updates and full results will be on the CYCA website: /sysfile/downloads/2015_summer/14_15_Summer/series.htm