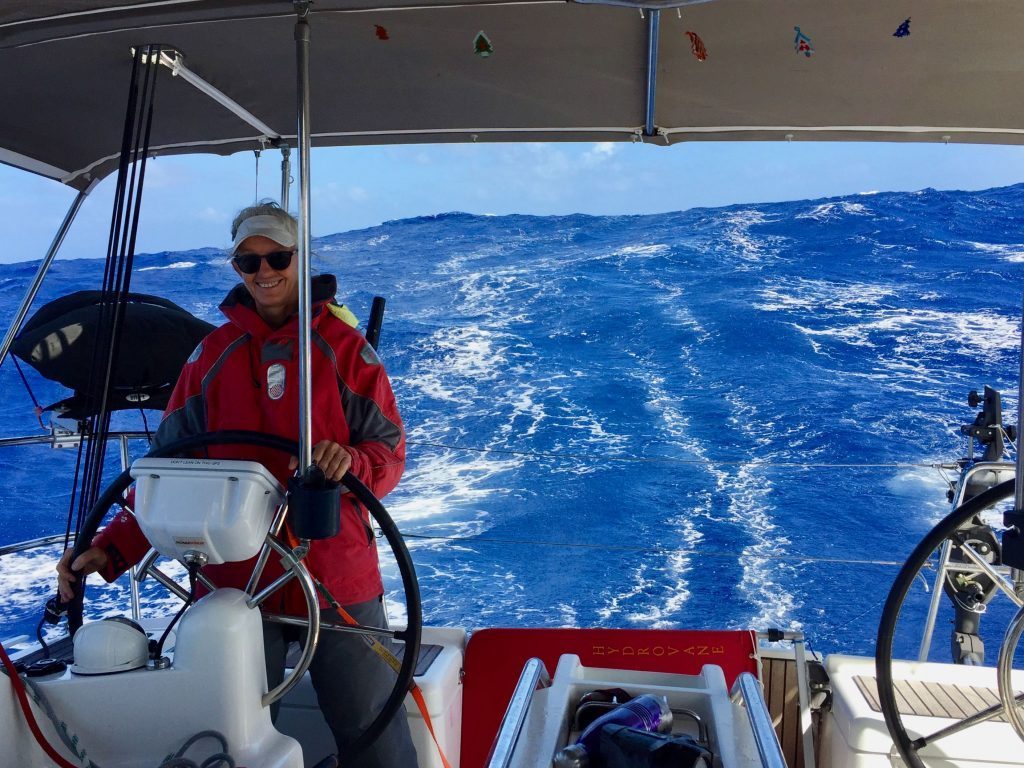 PBS clients Dirk Muller & Annie Schady took delivery of a new Jeanneau Sun Odyssey 439 from us in 2015 and spent the first year becoming familiar with the yacht and preparing it before setting off up the East coast in October 2016.

From Darwin they set off across via Timor and the Flores Islands to Bali and then up through the Indonesian Archipelago to Singapore before heading up through the straits via Langkawi to Thailand.

From there they sailed to Cochin India, before heading for the Red Sea where they followed the traditional cruising route up along the coast to the Suez Canal via The Sudan, entering the Mediterranean in April 2018.

The 2018 and 2019 seasons were spent cruising across the Mediterranean and then in December last they set off from Las Palmas in the Canaries to cross the Atlantic via the Cape Verde islands arriving to Jolly Harbour, Antigua on January 11th. They are now spending 2020 cruising The Caribbean before a transit of the Panama Canal early in 2021.

So the adventure continues and we commend them on their achievements so far. You can follow their exploits at this link.