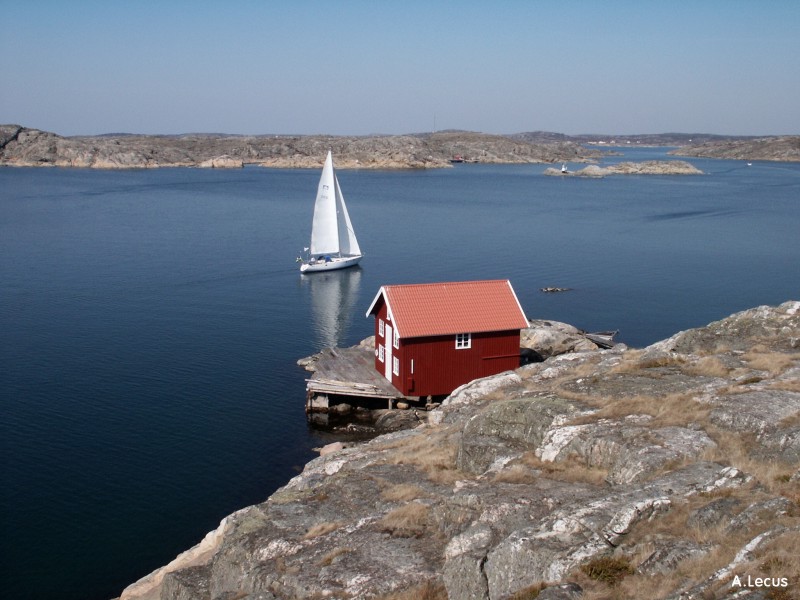 This is the first of what I hope will be a regular contribution from readers of this newsletter describing a memorable day of sailing that they have had (preferably on a Jeanneau, but doesn’t have to be). You’re welcome to contribute and we will choose the best each month. Please limit to 500 words. Thank you to Peter Lewis owner of the SO37 “Lu Lu Belle” for the first contribution!

A DAY AT SEA IN THE NORTH SEA.

I was travelling to Sweden via the North Pole from Narita Japanwith my good friend and business partner Cenneth Ulfstrom (aka the Viking). Over a glass of scotch ( or maybe two …or more ) I was extolling the virtues of sailing in the Antipodes and telling the Viking that he must be mad to own a boat in Sweden that only sits in the water for a maximum of 3 months per year. Cenneth is a man of few words. He said “”This Saturday we go sailing and I show you why I go sailing”. Saturday morning after a long week of work my hotel phone rang at7 am, it was the Viking. “Come down stairs we go sailing”. I looked out side the window at the clear blue sky the 35 knots of wind and bravely rugged up to see if the Viking was serious. The temperature in Gottenberg that morning was 5 degrees. As we approached his 40 ft Rassberg Halley yacht I secretly believed that he was joking. But as we set off into the seaway in full wet weather gear into 4 metre waves with the wind on the nose I guess I was beginning to think the mad Viking was going to kill us both !! He gave me the wheel and8 amin the morning he went below and brought up a bottle of schnappes. Thank god for that as it kept me from freezing. AtMidday(temperature now 10 degrees and wind still over 30 knots) a rocky out crop  appeared on the port quarter. The Viking described this as an island? He gave me the helm and we dropped the main and headsail. Now under motor the Viking said to me in a minute a channel will appear to port ,its a sharp turn. In an instant he was yelling turn , turn hard. This channel ( aka crevice) was no wider than the boat. We passed steep rock cliffs into a small deep bay and there to my absolute amazement was a small Swedish village of several colourful homes and a wharf. We pulled into the wharf. The village was totally protected from the weather no wind no wind chill. We stripped our wet weather gear and it felt positively hot. We went to some table and chairs on the dock and suffice to say had one of the best sea food feasts that I can remember. As the day wore on locals joined us for a chat. By 5 it was time to leave. The sun would be going down at10 pmafter all. We jumped back into our wetweather gear and braved the elements. The wind had not abated at all although this time it was behind us. More Schnappes and a few hours later we were in Gotteburg. Returning to the hotel satisfied that I had had one of the most memorable days of my life, The Viking said That’s why! I said ” That’s why what? “. Cenneth said that’s why I own the boat. Of course nothing has been said between us ever again on the subject!

If you have a sailing story you would like to relate, preferably with a photo, then write to us at info@performanceboating.com.au. We would love to hear from you.